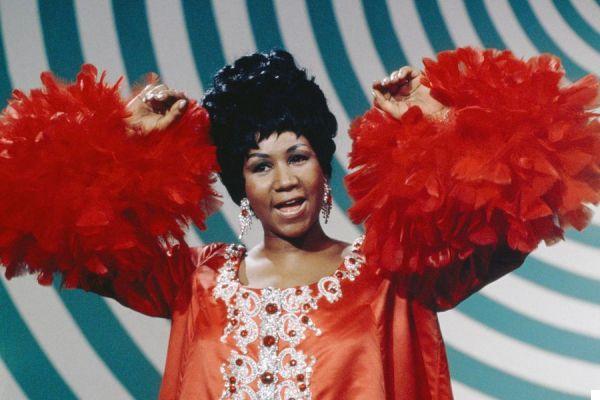 Although the soul genre was born around 1950, the style and many of the voices of those years have remained. If you want to discover the best female soul singers, read on. From TopFestivals we present you four classic names and four more current ones.

The best female soul singers are:

This musical genre, born in the United States in the 50's, has some very famous representatives. These voices were the ones who elevated the soul genre and made it known around the world.

Aretha Franklin is the most famous soul singer of all time and is popularly known as the Queen of Soul. She began singing gospel in a church in her hometown, a genre that she would later enhance in her songs.

When she was only 18 years old she signed a contract with Columbia Records, but six years later she would sign with Atlantic Records. It was then when he released some of his most successful songs: "I Say A Little Prayer" or "Respect".


She has been recognized with numerous awards. She holds 18 Grammy Awards and has been nominated for many others. In addition, Rolling Stone music magazine chose her in 2008 as the best singer of all time.

She was actively involved in social causes such as racial rights or the feminist movement. She always showed her sympathy towards the Democratic Party of the United States. In 2009, during the inauguration ceremony of President Barack Obama, she gave a performance, showing her support for him.

Nina Simone, born Eunice Kathleen Waymon is another of the best female soul singers. Just like Aretha Franklin, she started singing in a church in her hometown.


Like Aretha, Nina Simone was also a standard bearer of the civil rights movement. Also of women's liberation, with a special emphasis on African-American women. In Nina's case, we see a more active vindication, as she also recorded some songs with political messages. This is the case of "To Be Young, Gifted and Black".

Whitney Houston holds the title of the most awarded female artist of all time, according to the Guinness Book of Records. She is one of the greatest female soul singers. She has been recognized with six Grammy Awards, 30 Billboard Music Awards, two Emmy Awards and 22 American Music Awards, among others.

She is Aretha Franklin's goddaughter and, like her, started singing in a local church at a very young age.

She was also an actress and producer. Her best known song is "I Will Always Love You", a song that was part of the soundtrack of the movie "The Bodyguard", where she also starred. Other of his best known songs are "I Wanna Dance With Somebody" or "Higher Love".


He has composed soundtracks fornumerous films. Among them are "The Prince of Egypt", "The Cheetah Girls" or "Princess Surprise".

If we talk about the best female soul singers, especially those who have been on the music scene for a long time, we cannot forget Gloria Gaynor. She is also one of the most representative voices of disco music. She started her career singing in a band called "Soul Satisfiers".

But she became world famous with her song "I Will Survive", which is still played to this day. Although nowadays her name is not heard so much, she is still one of the best female soul singers in history.

But if we talk about the best female soul singers, we can't just stick to the classics. There are also new voices in the genre that are starting to make their mark in the music scene.

One of the youngest voices of the female soul is Jorja Smith. Her music has also been categorized as Rythm&Blues. At only 24 years old, she already has more than 8 million monthly listeners on the Spotify platform.

Her best known songs are "Blue Lights" and "Be Honest". Last 2021 she released her latest album, "Be Right Back", which features the single "Addicted".

She has also collaborated with artists such as Drake and Kali Uchis, with whom she released a song for International Women's Day.

Despite not being as young as Jorja Smith, Alice Russell is also positioned as one of the best female soul voices. Active since the 2000s, this 46-year-old Englishwoman started in music when she was nine years old. She also started singing in choirs and playing the cello. One of her main musical influences is Aretha Franklin.

"Citizens", "Hurry On Now" or "Crazy" are some of her best known and most played songs.

Nicole Willis, besides being a producer, director and visual artist, is one of the best female soul singers today. This American singer, based in Finland, has been active for almost 40 years.

Some of her most famous songs are "Still Got a Way To Fall", "Swords" or "No One's Gonna Love You". Her song "Keep Reachin' Up", from her album of the same name, was one of the songs chosen by President Barack Obama for his re-election ceremony in 2012.

Courtney Shanade Salter sings under the stage name Ari Lennox. With more than five million monthly listeners on the Spotify platform, Lennox is positioned as one of the new female soul voices. At the moment she has only one studio album, "Shea Butter Baby". It was released in 2019 and the eponymous single already has more than 117 million plays. Her latest release dates from last 2021 and is a single in collaboration with Khalid. The singer has been nominated for awards such as the Grammy or the Soul Train Music Awards.