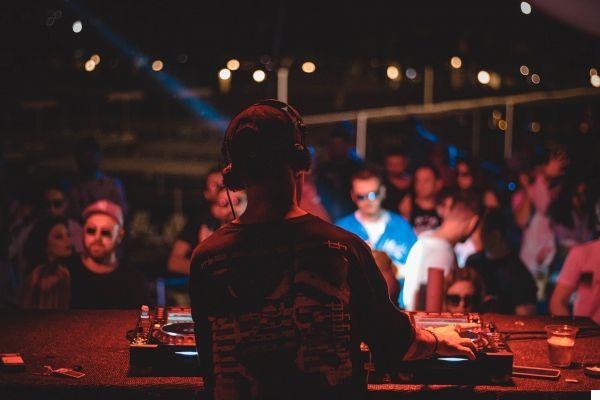 Today TopFestivals presents a list of thefamous electronic music DJs that you must listen to. Remember that electronic music has different styles, so in this list you will find a variety of DJs, and we will also give you the link to buy tickets to their concerts.

The 10 famous electronic DJs you should listen to

In music there are many popular artists, but at the moment famous electronic DJs are trending and playing at major international festivals such as the Tomorrowland in Belgium. Here we leave you the list of DJs and below you have a review of each artist.


The musical success that led him to international recognition and to win his first Grammy was "When love takes over"a song he recorded with singer Kelly Rowland.

Also, you should know that throughout his career as a DJ he has sold more than 45 million records, a record for a DJ.

Martijn Gerard Garritsen is a Dutch producer and DJ founder of the record label " STMPD RCRDS". He reached success in 2013 with the track "Animals". and the single "Wizard". Also, we inform you that at the age of 18 he managed to enter a survey of DJmag magazine, occupying the top spot in the DJmag poll. ranked number 40.


Garrix has also performed at major music festivals music festivals and has collaborated with other artists such as Ed Sheeran, Tiësto, Avicii, Julian Jordan and Jay Hardway.

Armin Jozef Jacobus Daniël van Buure is Dutch and has repeatedly occupied the first place of the famous DJMag magazine. Also, as a curious fact this Dj since 2001 has a radio program called "A State of Trancewhich has an audience of millions of people internationally.

Some of the songs with more plays on his YouTube channel are: Great Spirit, Blah Blah Blah Blah, This Is What It Feels Like and In And Out Of Love.

His beginnings in music were made at the age of 12 with his twin brother Bhaskar Petrillo, but at 19 he decided to start his solo career. In addition, it should be noted that his parents are the creators of the. "Universo Paralello Festivala musical event in the state of Bahia.

This duo could not be left out of the famous electronic DJs, since they started their musical career in 2008 and have made the public dance at one of the most important EDM festivals, Tomorrowland. They have made collaborations with several artists such as David Guetta, Daddy Yankee, Natti Natasha, Paris Hilton, Bassjackers, John Christian and Quintino.

On the other hand, some of their most famous songs are: Tremor, Instagram, Melody, Melody, Do it!, The Hum and Arcade Mammoth, have you heard them yet?

Among the most complete EDM DJs is Alan Walker, as he is a great composer and music producer. In his concerts he sometimes plays musical instruments such as synthesizer keyboard. Some of his most popular songs are. Alone, The Spectre, On My Way, Faded, Sing Me to Sleep, Ignite, Darkside and Force..

In addition, it should be noted that he has collaborated with great artists such as Farruko, Ava Max, Sofia Carson, Gavin James, among others. In fact, thanks to his talent and dedication he has won several times the award of "Best Norwegian Performance" at the MTV Europe Music Awards..

Fadil El Ghoul is his real name, but everyone knows him by his stage name R3hab. Undoubtedly, this is another one of the famous electronic DJs who are rocking today. His music is mainly based on Electro Housebut he also dabbles in Future Bass and EDM.

One of his most popular remixes is of. "All Around The World (La La La)", which we have left you above in the YouTube video clip for you to enjoy it to the fullest. But play his music on a device that has a powerful bass, to better feel R3hab's style.

Christopher Comstock is another American DJ and producer who knows what it means to get the crowd dancing. His music focuses on Electro House and Future Basswhich you can notice in the video clip above, which has over 2.2 billion plays. Do you like his style? I'm sure you do.

DJ Marshmello has collaborated with renowned artists such as. Anne-Marie, Selena Gomez, Miranda Cosgrove and Syrah. Something characteristic of this artist is that he wears a marshmallow mask in his performances, so the audience can't see his face.

His real name is Alessandro Lindbladbut people know him by his stage name Alesso. He is a Swedish producer and Swedish DJ and producer who has collaborated with various artists. In fact, he has participated in anniversaries of video games like PUBG Mobile, giving a virtual performance on the occasion of the global pandemic.

One of Alesso's most popular tracks is. "Heroes (we could be) feat Tove Lo". In addition, his style has led him to work with other famous artists, including Dúné, Avicii and LMFAO. To know his dates and concert tickets follow this link.

Undoubtedly, this is another of the famous electronic DJs that can not miss in a top of this type. Curiously, the name Tiësto comes from a nickname he had when he was a child. Now, we all know him as Tiësto and he is one of the best exponents of House and EDM.

His track "Don't Be Shy" with the famous singer Karol G is one of the most viewed on YouTube, but all his live performances are spectacular, which you can see in festivals like Ultra Music Festival, A Summer Story" and "Tomorrowland".

Finally, we hope you liked the list and go to one of the concerts of these DJs. Which one have you already seen live? Comment below to share your experiences with other readers.