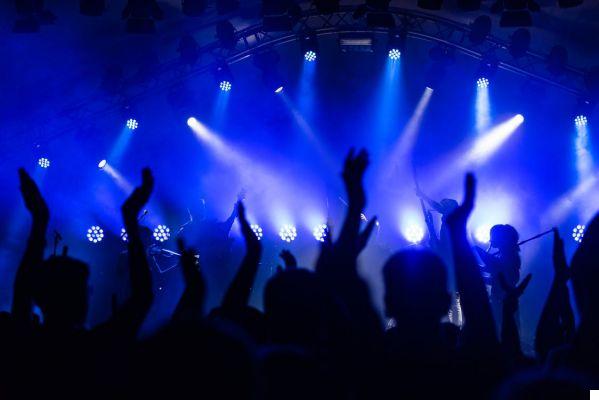 The Sonorama Ribera festival has been held in the town of Aranda de Duero, Burgos, since no less than 1998. This festival, now in its 23rd edition, will make you enjoy the best alternative music, indie rock, indie pop or even electronic music. In addition, it also has other types of events such as humour, photography or independent cinema.

Sonorama has always counted on its posters with artists from the international scene, although it should be noted that in its latest editions it has tried to prioritize more national music and artists. In 2012 it was crowned as the best music festival in Spain in the Independent Music Awards organized by the Independent Phonographic Union.

Artists such as Leiva, Amaral, La Habitación Roja, Tequila, Miss Caffeina, Zahara, Carolina Durante, Despistaos, Taburete, La Pegatina or Fuel Fandango are some of the many who participated in previous editions of the festival.


Sonorama Ribera is scheduled to return to Aranda de Duero from 10 to 14 August 2022 with artists that will surprise you for good, are you up for it?

The festival organisers have not yet published the official line-up for Sonorama Ribera 2022. Besides, they haven't made any advance of some of the artists that could be present in this next edition. But don't worry, from Topfestivales we will keep you informed of all the updates about this section, stay tuned!

Where will Sonorama Ribera 2022 be held?

Sonorama Ribera 2022 will be held, as in previous editions, at the fairgrounds of Aranda de Duero, in Burgos.

Although this festival also has a camping area, we know that some of you prefer to stay in a hotel. From Topfestivales we bring you a selection of the closest hotels to the festival where you can rest:


In addition, you can also find cheaper options among the apartments offered by Airbnb on its website.

And so that you can get your strength back after enjoying a good meal, we also bring you some of the closest restaurants to the festival:

How to get to Sonorama Ribera

To get to the festival site, located in Aranda de Duero, from Topfestivales we suggest the following options:

Sonorama Ribera 2022 tickets are not yet available for sale. From Topfestivales we will let you know when the deadline opens and we will inform you about everything regarding this section.