The Sea of Music 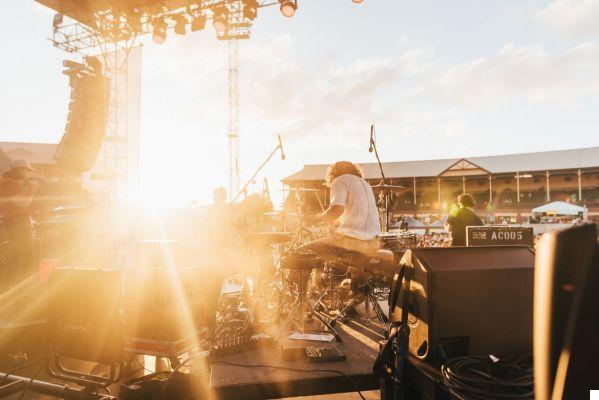 Where? Cartagena When? July 2022 (exact dates are not yet known) Genres? World music! a genre that integrates numerous styles

La Mar de Músicas is a world music festival, which has been held since 1995 in the city of Cartagena, organized by the city council. Specifically, the event takes place in the month of July in two venues: the Parque Torres Auditorium and the Patio del Antiguo Cuartel de Instrucción de Marinería.

This festival, as we have said before, offers in its programming the so-called "World Music" genre. This genre integrates traditional music and numerous genres from different areas and cultures of the world. In addition, this event, focuses a part of its poster in inviting artists from a particular country.

La Mar de Músicas is a festival that has been gradually gaining popularity and in 2017, at the Fest Awards, managed to win the award for Best Small Format Festival in Spain.


Artists such as Elza Soares, Mon Laferte, Mayra Andrade, Marlon Williams, Pongo, Ólafur Arnalds, Lorena Álvarez, Luisa Sobral or Snarky Puppy, are some of those who were present at the edition held in 2019.

If you dare to discover this festival format, from Topfestivales we have good news for you! La Mar de Músicas will return to Cartagena next July 2022, although the exact dates are not yet known.

The line-up for the 2022 edition of La Mar de Músicas is not yet available. In addition, the organization of the festival has not yet made any advance or confirmation about the artists that will make up this edition. But don't worry, from Topfestivales we will keep you informed of all the news and updates in this section.

La Mar de Músicas 2022, as we have said before, is held in the city of Cartagena. Specifically, its shows usually take place in two venues: the Parque Torres Auditorium and the Patio del Antiguo Cuartel de Instrucción de Marinería.

So that you can stay near the festival, without having to go far away from the enclosure, from Topfestivales we bring you a selection of some of the closest hotels:

You can also consider other cheaper options among the apartments offered by Airbnb on their website.

And what could be better than getting your strength back by enjoying a good meal after a long day of music? From Topfestivales we are attentive to everything and that's why we bring you some of the closest restaurants:

How to get to La Mar de Músicas

To get to the site where the festival takes place, from Topfestivales we recommend the following options:

Tickets for the festival La Mar de Músicas 2022 are not yet available for sale. From Topfestivales we can tell you that you can buy your tickets between the 20th and the 24th of May, and from the 25th of May onwards, so don't miss them!