Nights on the Malecon 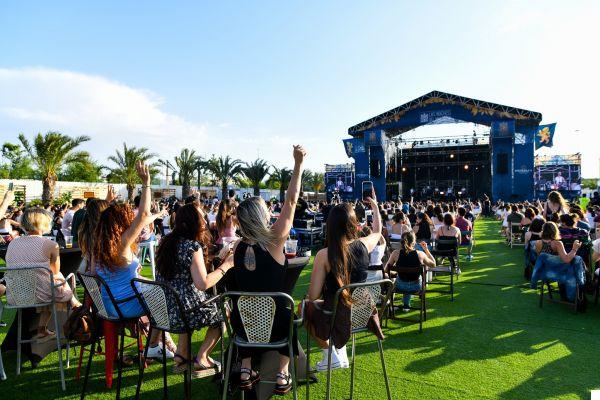 Where? Murcia When? May to July 2022 in Murcia Río Genres? All kinds of genres: rock, pop, rap, flamenco, indie and many others!

Las Noches del Malecón is not a festival as such, but a cycle of concerts that take over and give atmosphere to the city of Murcia for two months. This event was born in Murcia in 2019, so it has not had many editions.


In Las Noches del Malecón you can enjoy music of any genre, and is that this event brings together some of the most prominent artists of the national scene. In addition to music, the event also features numerous comedy shows by the best comedians in the country.

This event is held in Murcia Río, a pedestrian walkway with gardens next to the Segura River. Madeleine Peyroux, Ana Belén or the singer-songwriter Quique González, are some of the first level artists who were present in the first edition of the event.

The third edition of Las Noches del Malecón will be held from May to July 2022 , after the last one scheduled for 2021 failed to take place.

This year's edition of Las Noches del Malecón will feature artists such as:

The event is held annually since 2019 in the famous Paseo del Malecón in Murcia, specifically called "Murcia Río", where you can enjoy spectacular views of the surrounding gardens.

However, this year they will be held in different locations, depending on the concert. Among them are the Víctor Villegas Auditorium, the Artillery Barracks, the Enrique Roca Stadium in Murcia, the Rem Hall, the Romea Theater or the Murcia Parque Auditorium.

To stay near the Murcia Rio you will have no problem, as the city has many hotels near this area. Here are some of them:

Also, if you are looking for a cheaper option, you can find a variety of apartments on Airbn.

In Topfestivales we also recommend you some of the best rated restaurants and closest to the place where Las Noches del Malecónis celebrated:

How to get to Las Noches del Malecón

The event, as mentioned above, is held at the Murcia Rio, on the Paseo del Malecon in Murcia. You will have no problem getting there as it is well located within the city and a simple city bus would be enough.