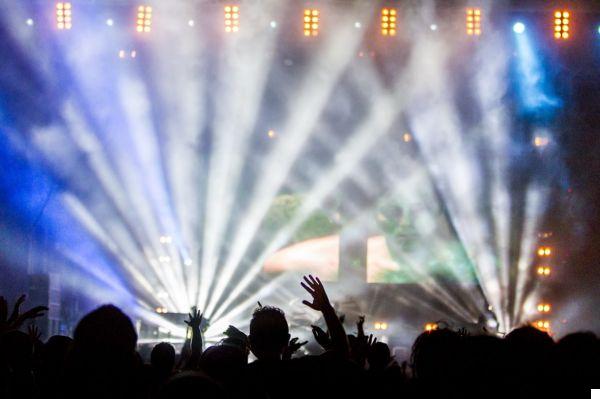 Where? Menorca When? September. Exact dates to be determined Genres? A wide variety of musical styles focused on independent music.

Cranc Festival is a music festival that has been held annually since 2017 on the island of Menorca. Specifically, the festival takes place in the town of Ciutadella de Menorca, and its shows take place in the spaces of the Claustro del Carmen.

This festival focuses its shows on the different styles of independent music, and brings together some of the most outstanding national bands of the genre it focuses on.

Zahara, Temples, Bad Gyal, Australian Blonde, Carolina Durante, Miqui Puig Dj, Soledad Vélez, Los Nastys, Yung Beef, L.A. Witch, Disco las Palmeras, Mujeres or The Parrots, are some of the artists who were present in the editions held in 2018 and 2019.

Are you convinced by this option? We have good news for you! The Cranc festival will return to Menorca in September 2022, although the exact dates are still unknown.

The official line-up for the Cranc Festival 2022 edition is not yet available. However, the organization of the festival has announced, both through their social networks and their website, that soon some of the names of the artists that will make up this edition will be known. From Topfestivales we will keep you informed of all the details and updates in this section.

Cranc Festival, as we have said before, takes place in the town of Ciudatella de Menorca, in the Balearic Islands. Specifically, its shows take place in the spaces of the Claustro del Carmen, a unique space where, in addition to concerts, you can enjoy a market and gastronomy.

So that you can stay near the festival site, without having to go far away, from Topfestivales we bring you a selection of some of the closest hotels:

You can also consider other options such as staying in an apartment. For this we recommend the Airbnb website, where a large number of them are offered by individuals.

And what could be better than to recharge your batteries while you enjoy a good meal? From Topfestivales we are attentive to everything and that's why we bring you some of the closest restaurants to the venue:

How to get to Cranc Festival

To get to the festival site, as it takes place on an island, from Topfestivales we recommend you the two best options to get there:

Tickets for Cranc Festival 202 are not yet available for sale. But don't worry, from Topfestivales we will inform you about the prices of their tickets when we get more information about this section.