Argentine singers of the 80's 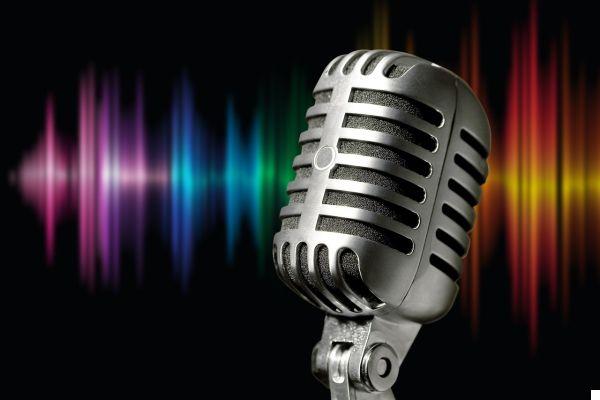 The 10 best Argentine singers of the 80's that you should know.

The lyrics of his songs were ambiguous, hedonistic, sensual, and dealt and dealt with themes such as sex, physical contact and encounters between people. Some of his songs are: "Imágenes paganas", "Pronta entrega", "Una luna de miel en la mano", "Amor descartable" and "Sin Disfraz".

He was in the band Soluna, as well as Nito Mestre and Los Desconocidos de Siempre. He was also composer and pianist in the band of singer Sandra Mihanovich. Later, in 1982 he decided to launch his as a soloist with his backing band "La Magia"..

Charly García is one of the most influential and important figures in the history of Latin American music. He was a musical prodigy since he was a child.. Although he began his career in mid-1967, in the 80's he was part of the band Serú Girán and later began his career as a soloist.

He made the soundtrack of the movie "Pubis angelical". He is the author and director of the scriptwriter/director Raul de la Torre and released his first album "Yendo de la cama al living" with promotional songs such as "Inconsciente colectivo" and "Yo no quiero volverme tan loco".

He is one of the most respected and important musicians in the Spanish speaking world, due to the poetic, lyrical and instrumental complexity of all his musical works.

He was the founder of several national rock bands in the 60's and 70's, among which Invisible, Almendra and Pescado Rabioso stand out. Likewise, in the 80's and 90's Spinetta y los Socios del Desierto as well as Spinetta Jade.. He also released several albums as a soloist.

León Gieco is one of the Argentine singers of the 80's of popular music and rock music of the 80s. rock. His most famous song is "Solo le pido a Dios", which brought him international recognition.

Since 1982 he performed concerts outside Argentina and participated in different festivals. With a musical trajectory of more than 40 years he has recorded 14 albums and has collaborated with national and international artists.

He is considered as one of the great voices of national rock of Argentina. Carballo released in 1982 his first album entitled "Me vuelvo cada día más loca". Subsequently, in 1984 he made a promotional tour in Spain and shared the stage with the bands of rock Banzai and Ángeles del Infierno.

In addition, in 1988 she formed a musical duo "Sandra y Celeste".which was successful and both released their first album "Somos mucho más que dos", which became a gold record and motivated them to tour several Latin American countries.

He is one of the Argentine rock icons, due to his participation in the band "Los Abuelos de la Nada" and his musical career as a soloist. In 1982 he composed for the aforementioned band and among the songs of his authorship stand out "Sin gamulán", "Mil horas" and "Vasos y besos".

Later in 1985 he recorded a live album with the group "Los Abuelos de la Nada", which would be his last collaboration with the group. Subsequently, in 1989 his solo album "Nadie sale vivo de aquí" (Nobody gets out of here alive) was chosen as the "Best album of the year" by the press.

Fito Paéz is one of the Argentinean singers and his nickname was "El trovador del rock argentino" (The troubadour of Argentine rock). He excelled not only in music, but also as a film director, novelist and screenwriter.

In his musical career as a soloist for more than 40 years recorded 27 studio albums, 4 live albums, 12 compilations, 3 DVDs and 1 maxi single. He has also collaborated with international artists.

From Patagonia to North America and Europe traveled the hits of these singers in the 80s. We still listen to the music of Gustavo Cerati, Luis Alberto Spinetta or Sandro de América in different parts of the world, even though they have departed to eternity.

add a comment of Argentine singers of the 80's