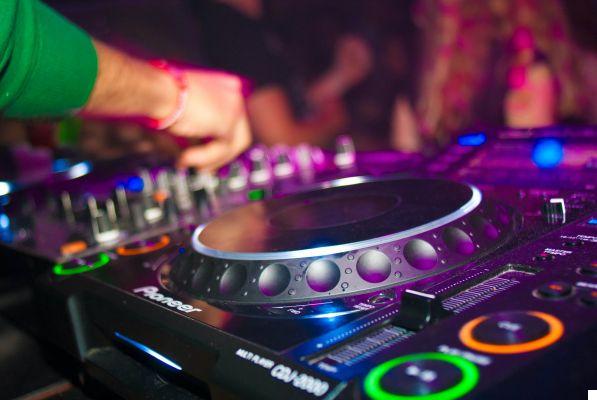 Hard, techno, drum and bass, EDM and many more! All these are the styles that you can enjoy in the best electronic music festivals that we invite you to know below, and also without leaving Spain! Are you still doubting which festival to go to this summer? From Topfestivales we help you to choose your best option. Stay tuned, it starts now!

As you know, Tomorrowland is one of the most popular music festivals in the world and one of the dreams of many electronic music lovers. Well, Unite with Tomorrowland is a slightly different festival, as it connects, via satellite, with the stages of Tomorrowland in Belgium. This event allows its attendees to enjoy the music being played at the Tomorrowland festival live from miles away.

Unite with Tomorrowland has been held in the city of Barcelona, specifically in the ParcdeCanZamdeSantaColoma, for the last three years. It has been a great success for lovers of electronic music and all its styles as it allows them to enjoy the great international stars of this genre and the incredible stages of Tomorrowland without having to move from the country. Incredible, isn't it? You can tell us in comments what you think about this great event.

Its full name is Medusa Sun Beach, although everyone knows it simply as Medusa. This is an electronic music festival held annually, since 2014, on the beach of Cullera, in Valencia.

This festival has gradually been gaining enormous popularity in the national population, and has even been recognized also outside the borders, coming to gather about 315,000 attendees and lovers of electronic music from almost all parts of the world.

The main theme of Medusa is electronic music and all its styles, but you can also enjoy other genres such as trap or reggaeton, as their shows are divided into several stages. For example, its last edition held in 2019 had four spaces: Queen's Castle (Mainstage), Resonance (Techno Stage), Symphony ( Remember Stage), Beach Club.


If you want to enjoy artists like Dimitri Vegas & Like Mike, Sebastian Ingrosso, Vini Vici, DJ Batiste, Afrojack or Nicky Romero (and many more), do not hesitate to join the next edition of Medusa!

The Barcelona Beach Festival is a festival that will not let you stop moving your feet to the rhythm of dance, EDM and in general, all styles of electronic music. In addition you can enjoy this event with the perfect complement to the summer, sand, sun, sea, does it sound familiar, yes, this festival is held at the Forum Beach in Barcelona.

Barcelona Beach Festival has become one of the leading EDM festivals internationally and in turn is one of the best electronic music festivals in Spain, where you can enjoy artists such as: David Guetta, Alesso, Armin Van Buuren, DJ Snake, Don Diablo, Dimitri Vegas & Like Mike, Steve Aoki, W&W, Brian Cross & Dinamoo, JP Candela & DGrace (are some among many others who have already stepped on the stages of this great musical event).

Dreambeach is a music festival held annually since 2012 in the municipality of Cuevas de Almanzora, in Almeria. It is an electronic music festival where you can also enjoy the sand and the sea, as the space where their concerts take place is Palomares Beach.

This festival manages to gather every year more than 160,000 people, who enjoy all the artists and concerts that take place in the three stages that the event has. Thanks to the popularity that Dreambeach has gained, from 2019 the festival also celebrates an edition in Chile.

To give you an idea, artists such as Steve Aoki, Armin van Buuren, Steve Angello, Don Diablo, Paul Kalkbrenner, Dj Snake, Loco Dice or Joris Voorn b2b Kölsch, among many others, have played on its stages. What do you say festival-goers, are you convinced by this option?

Monegros is an electronic music festival that takes place, nothing more and nothing less, in the Monegros Desert in Huesca. A festival where you can enjoy the best of techno, electro, bass music or drum and bass, or other genres such as hip hop, in a different space than usual.

This festival has had several controversies; starting with the first one that was given by including David Guetta in its 2011 edition, where attendees complained about the radical change to the characteristic music of the festival or in 2014 when the same thing happened with artists like Steve Aoki. For this reason its last edition was held in the same year, but the festivalis scheduled to return in 2022.

If this festival comes back it would be a highly recommended option because it has been very popular artists of these genres such as Loco Dice, Skrillex, Steve Aoki, Fatima Hajji, Natos and Wor or David Guetta, among others.

This festival is part of the Dutch festival series which is one of the key brands in the electronic genre and one that creates incomparable event all over the world. In this case, this event takes place on the sand of the Fòrum Beach annually since 2015.

Something that we can highlight about this festival is that it has initiatives and facilities that aim to raise awareness among its attendees about the importance of sustainability, seeking in the long term to become a circular festival.

To give you an idea, in its edition held in 2019 it had the following artists as headliners: Acid Pauli, Bedouin, Charlotte de Witte, Chris Liebing, Jeff Mills, Len Faki, Lil' Louis or Marcel Dettmann. So what, are you up for it?

add a comment of Best electronic music festivals in Spain