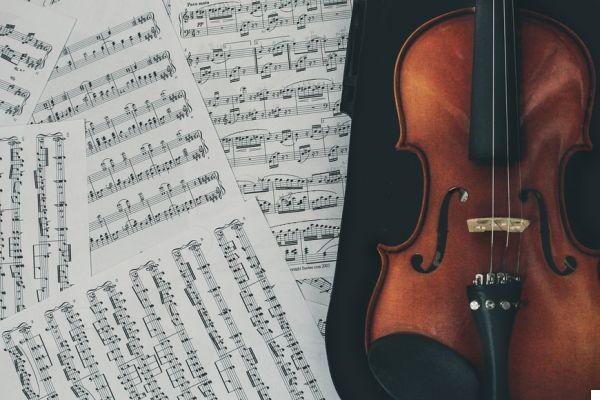 For those who do not know much about the world of classical music, from Topfestivales we encourage you to get to know this musical genre.

Spain has important musical groups, orchestras and symphonic bands, and that's why we thought it would be interesting to bring you a selection of the best classical music festivals in Spain. Do you dare to get into the notes of this genre?

Classical music festivals in Spain that you should know about

Spain has a wide cultural offer, and classical music is one of them. This musical genre is not usually attractive for some people, but there are also people who love this style, and musical diversity is the most important thing.

That's why, from Topfestivales, we invite you to know this style, through the best classical music festivals in Spain. Do you dare to discover what they are? It starts now!

The Granada Music and Dance Festival was created in 1953 and was the first music and dance festival in Spain. This festival is one of the most attractive cultural events in the country and in Andalusia, as in each of its editions it attracts about 60,000 spectators.


The event is usually held annually, during the months of June or July, in the city of Granada, specifically among the wonderful palaces and gardens of the Alhambra or in major monuments, streets or squares of the province of Granada. In addition, it should be noted that this event has placed the city on the map of prestigious European culture, for its artistic commitment and international projection.

In past editions the festival has featured fanfares and quintets from the Royal Conservatory of Music, with performances from Argentina, Les Ballets de Monte-Carlo, the Schola Antiqua, Christian Zacharias or the National Youth Orchestra of Spain & James Conlon, among others.

Would you like to get to know one of the best classical music festivals in Spain?

The Early Music Festival of Seville is another of the best classical music festivals in Spain and has already 38 editions behind him, is held as its name suggests in the capital of Seville. This event takes place in various places of the city as the Espacio Turina, the Teatro Alameda, the Espacio Santa Clara, the Teatro de la Maestranza and the Conservatorio Superior de Música Manuel Castillo.

The festival each year has a slogan, for example in 2021 it was "Omnia Vincit Musica" (Music conquers all), and offers about 25 shows per edition, which are distributed by the different places of the city that we have mentioned above. Its director is a viologist, Fahmi Alqhai, who has been at the helm for more than a decade.

Vox Luminis, Freiburger BarockConsort, Perrine Devillers & Ariel Abramovich, Lina Tur Bonet or Café Zimmermann, are some of the artists who have been present in the edition held in 2021.

The International Festival on the Camino de Santiago has been held for 30 years in the Aragonese city of Huesca. The festival, which is usually held between July and August, was born as an event specializing in early music.

More than 400 ensemblesand soloists such as Jordi Savall, Hespèrion XXI, Tembembe Ensamble or Broukar have already performed on the stages of this event, the Palacio de Congresos de Jaca, Auditorio San Francisco de Monzón or the Cathedral of Jaca, among others. You can also enjoy other shows such as organ and percussion concerts.

And do you know what? Well, almost all the shows are free. If you are interested in knowing one of the best classical music festivals in Spain, we inform you that you can buy tickets in the section corresponding to the Festival Camino de Santiago of the website of the Provincial Council of Huesca.

The Port de Sóller Classical Music Festival has been held since 2005 in the municipality of Sóller, in the Balearic Islands, specifically in Mallorca, and every year it reaffirms its future and popularity thanks to the numerous spectators it attracts in each edition.

This event is an unmissable cultural event of the autumn for lovers of classical music, as it has been through authentic masters and international artists of the genre as great interpreters as the Vincent Trio of the Berlin Philharmonic, Evelina Dobraceva, Tomasz Tomaszewski, Nikolay Borchev, Alexander Zemtsov, members of the Radio Sinfonie Orchestra of Berlin, and the Royal Concertgebouw Orchestra of Amsterdam, among others.

You can find tickets from 25 euros or season tickets from 80 euros, in case you want to enjoy one of the best classical music festivals in Spain.

Early Music Festival of the Pyrenees

The Early Music Festival of the Pyrenees, is a festival dedicated to early music that is held every summer in several municipalities of the Pyrenees, specifically in its most extraordinary places such as churches or monasteries.

One of the main objectives of this popular musical event is to link early music with the Roman architectural heritage, hence the places where the shows take place (churches, monasteries, collegiate churches, sanctuaries, cloisters, hermitages...). To give you an idea, the most outstanding stages are Santa Maria de Taüll or the cloister of Sant Joan de les Abadesses.

And all of this by the hand of soloists and musical groups of national and international level as Giardino di Delize, Juan de la Rubia or Newman Trio, who have been present in past editions. Undoubtedly, one of the best classical music festivals in Spain.

The Early Music Festival Aranjuez has celebrated its 28th edition in 2021, where he wanted to commemorate the 20th anniversary of the declaration of Aranjuez as 'Cultural Landscape World Heritage Site'. This event is usually held between the months of September and October, and brings together national and international performers of the genre.

Mariví Blasco (soprano), Johanna Rose (viola da gamba), Ensemble Ludovice and André Lacerda (tenor), Forma Antiqva in orchestral formation or the saxophone quartet Fukio Ensemble, are some of the soloists and musical groups that have been present in the 2021 edition.

A cultural legacy and one of the best classical music festivals in Spain that shows the rich musical life that Aranjuez offered in past centuries. Are you convinced by this option?

add a comment from Best classical music festivals in Spain