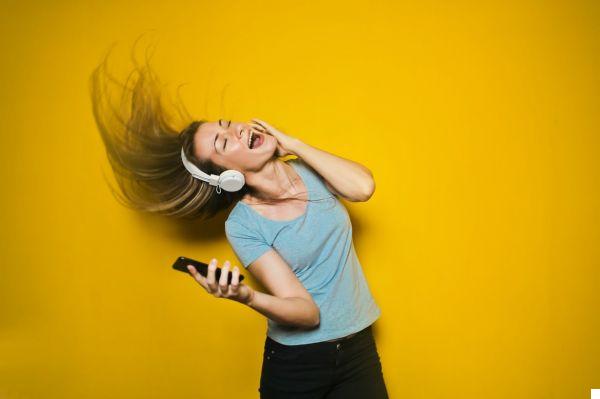 Do you know the dancehall genre? This musical style is very popular and traditional, and had its origins in Jamaica. Thanks to the birth of this genre, which pulls by the rhythms of reggae, many women took the "dance halls" and got a great fame. That is why, from Topfestivales, we invite you to meet some of these women dancehall singers. Are you up for it?

Dancehall women you should know

The dancehall genre came to the Jamaican music scene in the late 70s. The rhythms of this style are similar to reggae, but it also includes electronic instruments, such as synthesizers and samplers.

Undoubtedly a very complete genre in which women broke with the status quo as deejays. That's why, from Topfestivals, we are going to focus on talking about women dancehall singers. Do you want to discover who they are?

Sister Nancy, also known as Muma Nancy, is a dancehall singer and DJ. Specifically, she is the first female deejay to dominate the dancehall scene for more than two decades.

This artist burst into the dancehall world by the pioneer of the genre: Brigadier Jerry. One of her most famous and well known songs is her track"Bam Bam", an international boom, which added girl power to the Jamaican scene.

Other famous songs by this well known female dancehall singer are One Two, Ain't No Stopping Nancy, Transport Connection, Only Woman D.J With Degree or Pegion Rock, among others.

Michelle Harrison-Timol, known artistically as Shelly Thunder, is another of the artists considered as one of the most important female dancehall figures.

She began her career as a DJ in 1985, and that same year she released her first song"Shock Me a Shock", which reached number one on the American reggae charts.

But his biggest success didn't come until 1988, when he released the single titled"Kuff", which tried to tell in a comical way the attitude of women to men's infidelities.

Kuff, Breack Up, Sorry, The Race, Working Girl, New Ruler, My Name is Shelly or Take The Money, are some of the most listened songs of this dancehall singer on platforms like spotify.

Ventrice Morgan , whose stage name is Queen Ifrica, is a singer and DJ in the reggae and dancehall genres. She is also the daughter of one of the legends of ska: Derrick Morgan.

She has blossomed into one of reggae 's most important cultural artists with hits such as "Randy", "Jus My Brethren", "Below the Waist" and "Daddy".

Her first album was released in 2009, after signing a contract with VP Records and in 2017, she released Climb, which was her second album and managed to top the Billboard Reggae chart.

Lioness On The Rise, Times Like These, Far Away, Love Is Not Blind or Black Woman, are some of the best known songs.

And you, have you ever heard of this female dancehall singer?

Chinsea Lee, artistically known as Shenseea, is a Jamaican dancehall singer and songwriter. This Jamaican born artist, started gaining recognition after putting her touch on Vybz Kartel's track "Loodi" and performing on one of the side stages at Reggae Sumerfest 2015.

From there she started getting popular recognition and began to rise in the dancehall world, although she has also shown skills in freestyle rap. Also, in 2017 she got to perform on the main stage of Reggae Sumerfest and in the same year she did a collaboration with Sean Paul on the single "Rolling".

Since then, this female dancehall singer has only continued to gain success in her professional career and has already toured extensively around the world.

To give you an idea, Blessed, Shen Yeng Anthem, Lihter, Silver Tongue Devil or Run Run Run are some of her best known and most listened to songs. Did you know any of them?

In addition to women, we can not forget the male figures who have also swept and spread internationally this Jamaican musical genre. And from Topfestivales we encourage you to meet them:

Adidja Azim Palmer, known by the stage name of Vybz Kartel, is an artist, composer and producer of the Jamaican reggae dancehall genre. He is also known by the nickname "Worl 'Boss".

This singer has collaborated with several artists from the hip hop and R&B scene such as Major Lazer, Rihanna, Jay Z, Digga D or Unknown T, and has internationally known singles such as Romping Shop, Dancehall Hero or Summer Time.

He is currently in prison, sentenced to life imprisonment for the murder of his partner Clive "Lizard" Williams. Even so, this artist continues to release music prolifically, such as his hit song "Fever".

Although his name is Andre Hugh Sutherland, this Jamaican DJ, singer and songwriter is popularly known by the stage name Popcaan.

The success of his professional career came in 2010, when he released his track"Clarks", which achieved international success. In 2014 he released his first album "Where We Come From".

In addition, he has collaborated with several internationally recognized artists such as Drake , Jamie xx , Pusha T , Giggs , Matoma , Wale , Gorillaz or Davido.

Only Man She Want, Everything Nice, Ova Dweet, El Chapo or Family, are some of the most listened tracks of this dancehall singer.