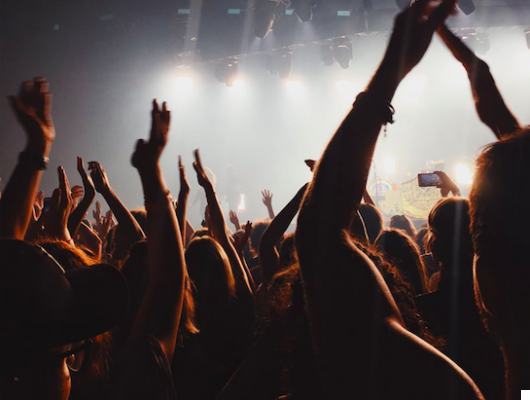 If you want to enjoy independent music, today from Topfestivales we bring you a selection of the best alternative music festivals that you can not miss.

Independent music festivals that you should check out

Do you want to know the best alternative music festivals? This kind of festivals offer you the newest in indie music, best bands, soloists... that's why we are going to recommend you the best independent music festivals, so you don't miss any of them!

Lollapalooza is a music festival held in Chicago, United States, since 2005 (although it was previously touring in Canada and the United States since 1991). The celebration of this event has spread to other cities such as San Paulo, Buenos Aires, Berlin and Paris. In this festival you can enjoy alternative genres, such as alternative rock, indie,punk rock... In addition, the event also features comedy and dance performances.


The festival is held at the Hutchinson Field Grant Park, and has been attended by artists such as Ana Tijoux, Tïesto, Don Diablo, DrefQuila, Playa Gótica, Twenty One Pilots, Macklemore, Paloma Mami, Paulo Londra, and many others.

The last edition of the festival (2021) could not be held due to health issues but the new dates for 2022 have been released. Lollapalooza will be held in Chicago from July 28th to 31st, 2022.

The Sonorama festival has been held in the town of Aranda de Duero, Burgos, since no less than 1998. This festival, which already has 23 editions, will make you enjoy the best alternative music, indie rock, indie pop or even electronic. It also has other types of events such as humour, photography or independent cinema.


Sonorama has always had in its posters with artists from the international scene, although it should be noted that in recent editions has tried to prioritize more national music and artists. In 2012 it was crowned as the best music festival in Spain in the Independent Music Awards organized by the Independent Phonographic Union.

Artists such as Leiva, Amaral, La Habitación Roja, Tequila, Miss Caffeina, Zahara, Carolina Durante, Despistaos, Taburete, La Pegatina or Fuel Fandango are some of the many who participated in previous editions of the festival.

Sonorama Ribera is scheduled to return to Aranda de Duero from 11 to 15 August 2022 with artists that will surprise you for good, are you up for it?

This event has been gaining more and more diffusion and media coverage, reaching 190,000 attendees in its 2015 edition, making it one of the best independent music festivals.

Artists such as Enrique Morente, Radio Head, Manel, Carly Rae Jepsen, Miley Cirus, J Balvin, Rosalía or Nina Kraviz, are some of those who stepped on the stages of Primavera Sound in past editions.

If you want more information about the festival and its next edition in 2022, here we tell you all about it.

The Hurricane Festival is a music festival at the Eichenring, a racetrack located in ScheeBel, Germany. It is one of the biggest festivals in Germany and offers a mix of pop, rock, alternative, and electronic music by national and international artists.

Artists such as Parcels, Egoronic, Madsen, Bastille, London Grammar, DMA's, Fünf Externe Deluxe, The Subways or Ganz, among many others, are some of those who made up past editions.

The Isle of Wight Festival is a music festival held annually on the island that gives its name to the festival itself, Wight, in the UK. This is one of the most famous alternative music festivals in the country. It focuses on the genre of rock, rather alternative rock and has been held for fifteen editions, celebrating the first in 2002.

The festival, in other editions, has featured performances by artists such as The Rolling Stones, Paul McCartney, David Bowie, Coldplay, The Police, Feeder or The Killers, among many others.

Cruïlla is a music festival that has been held since 2001 in Barcelona. This festival offers a mix of styles, from ska, reggae and pop to folk, rock and electronica.

In the last edition held in 2019 were artists of the stature of The Black Eye Peas, Kylie Minogue, Bastille, Vetusta Morla, Love of Lesbian, Dorian or DJ Amable, among many others.

Cruïlla plans to return to Barcelona with its next edition on the 7th, 8th and 9th of July 2022. If you want more information about the next edition of this festival here we tell you.

Latitude Festival is another one of the best alternative music festivals that has been held since 2006 in Henham Park, near Southwold, England. The festival features mainly indie and alternative music artists. In addition, the festival also includes other types of events such as art, comedy, dance or literature.

The festival has four stages, where artists such as The Vaccines, The Killers, Wolf Alice, Belle & Sebastian, Jessie Ware, La Femme or Isabelle Brown, among many others, have performed.