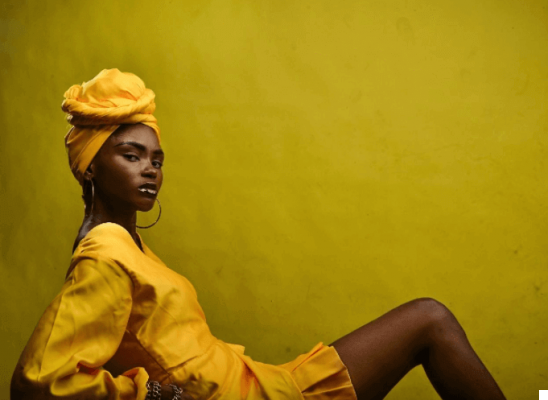 Sometimes it seems that history or the different artistic currents have only been led by men. But this is not so. Women have also been present in all phases of history and art and have played one role or another. Following this line, in this article we will introduce you to the best female reggae singers.

The reggae is a musical genre that developed in Jamaica in the 1960s and gained worldwide popularity during the 1970s. Later, other musical genres such as Ska, Rocksteady or Dancehall were derived from reggae. In 2018, reggae was recognized by UNESCO as Intangible Cultural Heritage of Humanity.

Reggae, like many other musical genres, was originally mainly performed by men. It is true that there were already some female singers, but they were not given the same visibility or the same representation as men. But over the years and with social advances, this has been changing. Here is a list of the 8 best female reggae singers you should listen to.

Etana is a Jamaican-born singer who has managed to carve a niche for herself in the world of reggae. She was born in Kingston, but at the age of nine she moved with her family to the United States. She later began studying nursing, but abandoned her studies to pursue her musical career.

Etana made her debut in the all-female group Gift and was signed by Universal Record. The singer decided to return to Jamaica to connect with her roots and focus on reggae production, the genre she most identified with. Success truly came around 2005 when she became the lead singer of the group Spice.

Marion Hall, better known as Lady Hall or by the nickname "The first Lady of Dancehall" is another of the best female reggae singers. She debuted in 1994 with the album Lover Girl. Throughout her career she has also collaborated with other reggae stars such as Sean Paul or Beenie Man.

In addition, Lady Saw has combined her singing career with that of DJ, in fact, she has become the first DJ to win a Grammy .

Perhaps one of the first women to break through in the world of reggae is Rita Marley. This Cuban-born singer became known as the lead singer of the group The Soulettes.

While in that band, Rita met Bob Marley in the mid 60's and soon after they got married. Then, Rita Marley began working as a backing vocalist with her husband. When Bob Marley died, she began a solo career and achieved great success, especially in the United Kingdom.

Another of the events that have marked the career of this singer was the publication of her autobiography, where she portrays the poverty in which she had lived most of her life and draws a Bob Marley unknown to many of her followers.

It is clear that Vivienne Stephenson, known to all as Tanya Stephens is one of the most outstanding reggae figures of the last decades.

Tanya Stephens debuted in the mid-nineties with the album Big Things A Gwaan and rose to international fame with the hits Yuh Nuh Ready Fi Dis Yet" and "It's a Pity. The singer released her last album in 2009, but she continues to be active and still performs concerts.

Kelissa is another of the best female reggae singers of all time. This Jamaican-born artist has received Rastafarian training and has experienced first-hand the reggae culture, as her parents were vocalists in the reggae band Chakula.


Kalissa started in the world of music at a very early age, as she was part of the children's group "Rainbow Riddims". This first stage served her to acquire training in different instruments and to learn how the music industry works.

In her adolescence she moved to the United States to receive both academic and musical training and began to carve her way into the music industry. Today she is known for songs like Keep my head up or Best kept secret.

Lady G is another of reggae's female personalities. She debuted in the mid 90's with the album God Daughter and was well received by both critics and the public.

Her success grew when her song Man a Bad Man was featured on the soundtrack of the movie Third World Cop. Lady G is not only a singer but also a DJ, and in recent years she has been touring the United States with Buju Banton.

Sevana is among the youngest reggae singers and is one of the most promising. Sevana first appeared in a local music competition as a member of the all-female group SLR. She later split from the band to forge a solo career.

Popularity came to her in 2014 when she released her debut album Ancient Future . Since that time, Sevana has toured America and Europe several times, acted as an actress in some projects such as the Jamaican series Losing Patience and has also worked as a model. Without a doubt, Sevana is one of the most versatile reggae performers.

We finish this review of the best female reggae singers with Alika, a reggae artist of Uruguayan origin who began her career within the urban music duo Actitud María Marta, becoming one of the first rap and hip-hop singers in South America. Within this group she released the album Acorralar a la bestia.

But in 1999 this duo broke up and Alika started her solo career. It is at this time when the artist begins to explore the rhythms of reggae and to soak up the Rastafarian culture. Her first album of this new stage is No dejes que te paren, and since then she has released eight more albums.