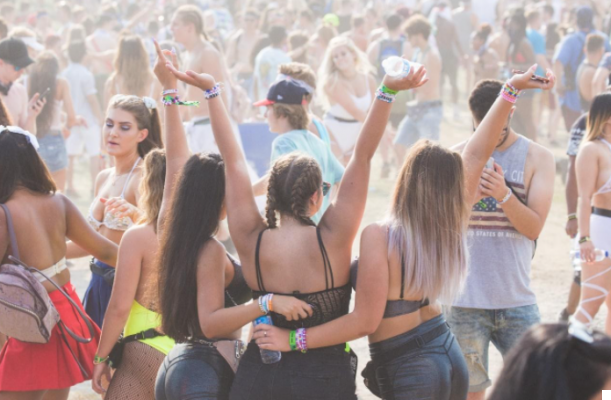 Do you like indie music? It's an independent musical style, which is committed to the creation of experimental melodies with modern touches, but from the alternative scene. There are many indie artists nowadays and, for this reason, there are also many festivals of this genre.

For all these reasons, in this TopFestivales article we are going to review the best indie music festivals in Spain and we will give a brief presentation of all of them.

What are the best indie music festivals in Spain?

Indie is known as a genre of alternative rock which in turn encompasses many other subgenres. Spanish indie music could also be considered to be all those songs, bands or artists that break away from commercial and mainstream styles and explore new artistic and creative avenues.

For this reason, within what is considered alternative music, there is a great diversity of styles and singers. Some are closer to rock, other groups, however, are more influenced by pop, and others will drink from techno music or popular folklore.

In short, indie music is very diverse . That's why, to make this list of the best indie music festivals in Spain, we have tried to include festivals from all aspects of this musical genre.

The Viña is one of the best indie music festivals in Spain. It is clear that one of the most famous festivals in this country is the Viña. Viña Rockwhich has been held in the town of Villarrobledo (Albacete) since 1996. The date on which it was set is the weekend before the first of May.


This festival brings together all kinds of artists dedicated to the rhythms of rock, ska, reggae and rap . Due to the popularity that Viña Rock has reached, it is not only attended by alternative and indie artists, but also by groups that are already part of the mass culture of this country, such as Ska-p.

And the Viña Rock you will find several stages where there are performances simultaneously, so it allows a lot of artists to perform, many of them, authentic representatives of indie music.

Another advantage is its price, because if you buy the tickets in the first batches, its price will not be more than 50€, a more than reasonable price for three days of concerts. If you also want to book camping and transport the price can go up to around 100€.

Since 2014, it has been celebrated in Madrid on Tomavistas festival mid-May. This festival brings together singers and groups of Spanish alternative music every year and has already become a benchmark event in the world of indie.

The participating artists usually belong to the indie side more influenced by pop with slower rhythms. The line-up includes singers such as Rigoberta Bandini, Sen Senra, Jungle, Suede and Slowdive. You can get a three-day ticket from 145€.

Low Festival It is also one of the best indie music festivals in Spain. Benidorm is one of the cities most chosen by Spaniards to enjoy their summer holidays.


Millions of tourists flock to its beaches, hotels and other establishments during the months of July and August. And for this reason, it is in the last weekend of July when this coastal city hosts the Low festival.

In previous editions groups and singers such as Dorian, La Casa Azul, Zahara, Miss Caffeina and Cupid have performed there.

The Benicassim International Festivalalso known by its acronym, FIB, is undoubtedly one of the best indie music festivals in Spain. The FIB began in 1995 as a festival of independent and alternative music .


But due to the great popularity it acquired in relatively few years, it has ended up featuring international artists such asThe Cure, Radiohead, Australian Blonde, Oasis, Amy Winehouse and Iggy Pop.

Another reason why the Benicassim festival has come to have worldwide repercussions is because of the number of foreign tourists who are summering in this city when the festival is held, the last weekend of July. Thus, the FIB made a name for itself among European visitors, especially the British and Germans, and managed to bring some of its best artists to Spain.

This alternative festival has been bringing together alternative, indie and minority artists in the Huesca towns of Lanuza and Sallent de Gállego for 30 years. It takes place during the last three weekends of July.


The project of this festival was launched by the Provincial Council of Huesca and consists of bringing together artists who are committed to a reinterpretation of the folklore of a region, so it is known by the nickname "Festival of Cultures". In other words, it aims to be a meeting point for artists with artistic influences from different parts of the world.

One of its strong points, apart from the attractive artists it brings together, is the privileged environment in which it is located, the Aragonese Pyrenees. So, if you decide to attend this festival, you can reserve a morning to make a route through nature or visit the surrounding villages.

Surf music is a musical genre that was cultivated at the end of the fifties and during the sixties on the Californian coast. Surf music relied on the sound of the electric guitar and upbeat rhythms, and ended up influencing rock and roll quite a bit.

But nowadays, the groups that are dedicated to composing and/or performing this style of music are considered indie or alternative, as they don't share the current commercial music.

In Spain, more specifically in Valencia, we find the Surforama festival, which is held at the end of May and its poster is composed of artists dedicated to surf music. This festival is usually attended by many American artists, because this musical genre is typical of there and is where it is preserved in better condition today. So it is a unique opportunity to meet singers from the other side of the Atlantic.

And if you decide to visit Surforama, don't forget to pack your Hawaiian shirt, a bowling shirt or a pin-up style dress, as many of the attendees also recreate the essence of the surf parties of the sixties with their attire.

Every summer, in the middle of July, Gandía dresses up in leather to host the Pirata Rock festival. As the name suggests, many of the groups that make up the line-up of this festival play rock songs.

But over the years the variety of artists has grown. And nowadays, groups more related to indie music such as Ciudad Jara, El Kanka and Muyayo Rif also perform. Undoubtedly, another of the best indie music festivals in Spain.

The Sonorama Festival has been held in the Burgos town of Aranda de Duero since 1998. It is organized on a non-profit basis by the cultural association Art de Troya, something that is not very common in festivals.

Sonorama is characterized by being at the forefront of indie music. That is to say, apart from betting on independent artists, year after year it explores the music scene to find new sounds and make them known to its attendees.

This festival has very interesting complementary activities such as wine tastings of the D.O Ribera del Duero and visits to the wineries or Sonorama Baby, a special program dedicated to the little ones. There is also a musical contest dedicated to discovering and making new talents visible.

In Sonorama you will also find from the name of a popular singer such as C Tangana or Leiva, to indie artists from other countries. So this festival is the perfect opportunity to listen to your favourite artists and at the same time meet many other singers.

Another side of what is understood as indie or alternative music is made up of all those kitsch artists, who many consider "freaks" but who have managed to carve out a niche for themselves in the music scene.

Horteralia is a spring festival that vindicates all that "trash culture", which many consider tasteless or old-fashioned. In short, Horteralia is a celebration of freedom and a vindication of "counterculture".

In past editions, this festival offered the performance of María Jesús y su acordeón, Malena Gracia, Karina, Nancys Rubias or Yurena. So if you're attracted to this totally underground universe, don't hesitate to put together an explosive style and join the party.

The Cabo de Plata Festival is one of the most recently created in Spain and has only celebrated four editions. But despite that, it has a special quality and interest.

This festival in Barbate lasts three days (a weekend) and usually has one of the most varied line-ups on the music scene. Although many of the artists who perform there belong to the national indie scene, there are also rock, pop, rap and even reggaeton singers.

And this diversity of musical styles is a great advantage, as surely more than one person around you will like one of the artists on the line-up and will want to go with you to this festival.

Also, it is one of the most complete indie-flamenco festivals, and this is clearly due to the region where it is held.

add a comment of The best indie music festivals in Spain