Who I am
Alfonso Millán Roy
@alfonsomillánroy
EXTERNAL REFERENCES: 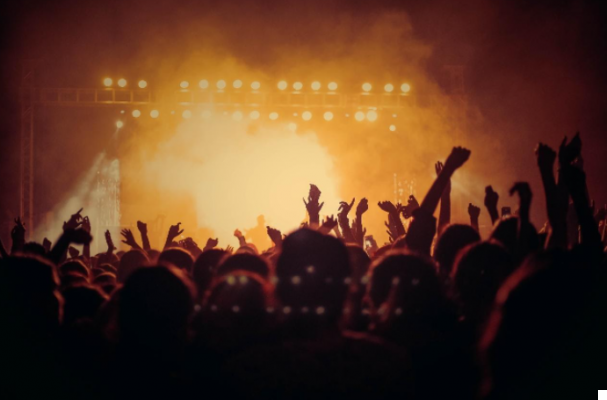 Do you feel like having a good party again and enjoying the best music? Pay attention because in this TopFestivals article we are going to show you the best music festivals in Madrid.

8 best music festivals in Madrid that you have to visit

Madrid is a city with several leisure alternatives, among them, festivals. Although at first glance it may seem that Madrid does not have as many festivals as other regions of Spain, this is not so. And in this article we are going to prove it to you.

Also, it should be clarified that to prepare this compilation of the 8 best festivals in Madrid we have tried to seek diversity of styles and musical genres so that you can all find your ideal festival.

One of the best music festivals in Madrid is Love the 90's Festival. The essence of this festival is to remember the parties of the nineties marked by the electronic music of "la ruta del bacalao" and the Latin rhythms that began to arrive from South America.

For them in Love the 90's Festival have three stages with different environments: the dance stage, where DJs and singers of techno music and remember, the pop-rock stage, with artists of the level of Marta Sanchez or Amistades Peligrosas and the beach stage, intended for the songs of the summer of the 90s.

If you want to enjoy again a huge party in the purest 90's style, don't hesitate to come to the Love the 90's Festival.

Los40 Primavera Pop is a festival or macro-concert held around the months of March-April to celebrate the arrival of spring. This musical event is organized by the radio station Los 40 principales and was also conceived as a macro concert in which they review the hits that have topped their well-known ranking during that year.

The first time it was held was in 2007 and since then it has been repeated year after year. This festival brings together pop artistsfrom reggaeton and the most popular styles each year, as it adapts to the popular tastes of each season.

Puro Reggaeton is another of the best music festivals in Madrid. If you like Latin rhythms, "perreo", partying and reggaeton this festival is for you. The Puro Reggaeton Festival takes place the last weekend of June in the Magic Box.

Some of the best known reggaeton singers such as Bad Bunny, Natti Natasha or Daddy Yankee perform on stage. Another advantage of this festival is that you have at your disposal a special bus service to facilitate the arrival and departure of attendees.

Dcode Festival Festimad 2M is an event that takes place every September at the Cantarranas sports complex, belonging to the campus of the Complutense University of Madrid.

Its first edition was held in 2011 with the idea of creating a party to inaugurate the new academic year, since as it is located within the campus, the university influx is quite high. This first edition lasted two days, but was later reduced to just one.


The musical style of the festival is indie and Spanish and international pop. And although big celebrities such as the band Love of Lesbian, Amaral, Imagine Dragons have attended, there is also room for lesser-known groups who want to make a name for themselves in the music industry.

Another of the festivals that every summer floods the Spanish capital with music and "good vibes" is the Coca-Cola Music Experience. This festival began to be held in June 2011, although over the years the event was moved to September.

The Coca Cola Music Experience brings together every year the most recognized artists of the Spanish music scene and singers known worldwide. The genres heard there are mainly pop and reggaeton.

Among the best music festivals in Madrid is undoubtedly the Mulafest. In addition, it can be said that this event is the one that has more personality and character of its own. The Mulafest is a compendium of urban arts. That is, it is not only a music festival, but you will also find tattoo artists, renowned graffiti artists or exhibitions of the motor world.

The musical lineup of this festival is usually based on electronic music and techno. For example, previous editions have featured artists such as Country line dance Live Music or Freestyle Master Series.

We could not miss in this compilation of the best festivals in Madrid the Mad Cool Festival. It began to be held in mid-July in 2016 with the idea of revitalizing tourism in Madrid during the summer season. The first two editions took place in the Magic Box, and from 2017 it began to be held in the larger venue outside IFEMA renamed Espacio Mad Cool .

It is the most international festival in Madrid and one of the most recognized in Spain, as artists of the stature of The Who, Green Day, Billie Eilish, Rosalía or Dua Lipa have performed there.

And we end with Festimad, another of the best music festivals in Madrid and also one of the oldest in the capital, as it has been held for more than 25 years .


Festimad 2M was born with the hope of being a sourceof young and innovative talents that bring a new vision to the world of music and it has succeeded, as it has been the first festival stage that groups like Radiohead, Amaral, Dover or Rage Against have stepped on.

The musical genres that characterize this festival are indie and rock, but as it has been celebrated for so many years, the profile of the invited artists has been changing.

add a comment from Best music festivals in Madrid