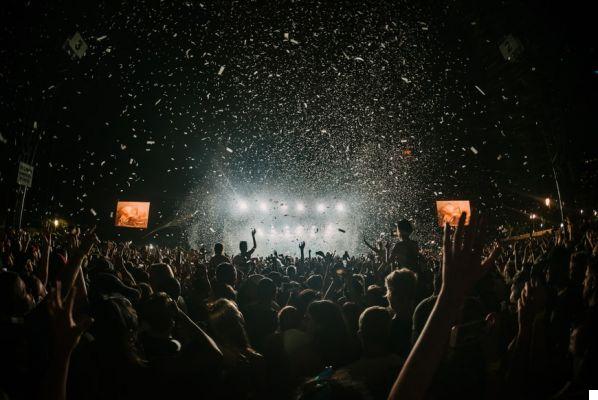 Do you already know Venezuela? Today we encourage you to do it with us! From Topfestivales we go there to know some of the best festivals in Venezuela. We will not talk about a specific musical genre because this continent offers a very complete culture and is one of the countries with more musical diversity. Also, if you are interested in Latin culture you can learn about the best festivals in Latin America in another of our posts. But well, shall we start?

Best festivals of the Venezuelan scene

Do you want to know the best festivals in Venezuela?Topfestivals is your site! Today we cross the pond to Venezuela, a Latin country with a great culture that has a wide and complete musical diversity, rock, pop, electronic or hip hop. This country has some of the best known international festivals, so choose the one you like the most and expand your musical frontiers. Do you want to discover them? Let's start!

Gillman Fest is a music festival held in Venezuela, specifically in Caracas, since 2011. The vocalist and singer of Gillman, Paul Gillman, is the one who gives his name to the festival itself and is the same one who organizes it.

Although we are talking about its version in Caracas, it is worth noting that its first edition was in 2005 in Caracobo, in Valencia, and gradually it was taking out others in different parts of the country as Yaracuy, Puerto La Cruz, Barinas, Maracay, Barquisimeto, Cabimas, Cumana, Punto Fijo, Caracas and Aragua.

As for music in this festival you can find the hardest styles of rock like heavy metal, hard rock, thrash metal, death metal or black metal, among many others that you can discover. In addition, artists like Enigma 2.0, Escudo, Exarigon, Gatillo, Yugular, Ira de Dios, Kasino, Andrés Csizmadia and Fiorella Arcudi or Tierra Santa, are some of those who have passed through Gillman Fest in past editions. Do you think this can be one of the best festivals in Venezuela?

The Festival Nuevas Band as is a music festival held annually in Caracas, Venezuela, since 1999. This festival was created with the aim of supporting the work of new generations of musicians in the genres of urban music, pop and rock, although you can also hear other rhythms such as hip hop, reggae or even electronic.

This festival is not just any festival, as it has more of a competition format. The bands and artists present themselves through a registration form, perform a circuit of concerts and finally a specialized jury chooses the winner of the event, so every year there is a winning band. In addition, there are also invited artists of national and international stature.

Rapisarda & La Celebración, Malasangre Social Club, Wilmer Franco, Fugados, Los escritores de Salem, Compayson, Nueve Noventa, Novanout, Banda Sick Feel, Guaica, Stereolux or Mirages, are some of the bands that have performed at this contest in past editions, and for example Le' Cinema, Tripland, Niño Nuclear, Gran Radio Riviera, Suite de Fuego, Xplótala or Caracas Ruidosa, are some of the artists that were invited.

Sunset Roll Festival is a music festival that takes place in Venezuela, specifically on the beach of the Caribbean Mall Shopping Center in Puerto La Cruzque, and had its first edition in 2014. Due to the situation in Venezuela and its numerous political crises, the festival has not been able to develop but in 2020 it returned with a new edition.

The 2020 edition was renamed Sunset Home Festival, as the event had to be held through the instagram TV platform due to the pandemic conditions. This festival has a very varied line-up as it offers artists and groups from the genres of pop, rock, rap and trap, among other styles.

To give you an idea, Lasso, Viniloversus, Desorden Público, Akapellah, Lil Supa, Micro TDH, Lagos, Simón Grossman, Tons, Victor Porfidio, Gran Radio Rivera or Liana Malva, are some of the groups and artists that were scheduled for the last edition of Sunset Roll Festival 2020. Sign up for the experience of knowing one of the best festivals in Venezuela.

Expo DJ Venezuela is a music event, specifically of the electronic genre and its different styles, which takes place since 2014 in Naguanagua, Venezuela. The event usually usually takes place at the Terraza Acuario of the Sambil Center around November, and manages to gather in its lineup more than 70 Dj's.

To give you an idea, although you probably do not know them, these are some of the names of the artists who have passed through the stages of this event: Trone, Tony Guerra, Salvatore Shiera, Oscar Leal, Nono, Marite Otero, Marco Detroit, Marcel Reix, Leonel Rojas, Le Jac, José Cabello, Destro, Colonna Brothers, Carlos Salazar, Andrea Hoyos, Andrea Ferrati, Roxy Pink and Freddy among others.

So what, do you want to know new electronic artists from the Venezuelan scene?

Paz sin fronteras, more than a festival, is a series of free outdoor concerts that take place in Caracas, Venezuela, although its first edition in 2008 took place at the Simon Bolivar International Bridge, which is the border between Colombia and Venezuela.

This event is led and directed by the singer Juanes, who many of you may already know, with the help of other internationally known artists. In its first edition it was attended by about 300,000 people.

The artists who participated in its first edition were Alejandro Sanz, Juan Fernando Velasco, Carlos Vives, Juan Luis Guerra, Miguel Bosé, and Ricardo Montaner, in addition to Juanes himself. It is worth noting that they did not charge anything for their shows since it was a free outdoor concert that sought to be a symbol in search of peace in the region.