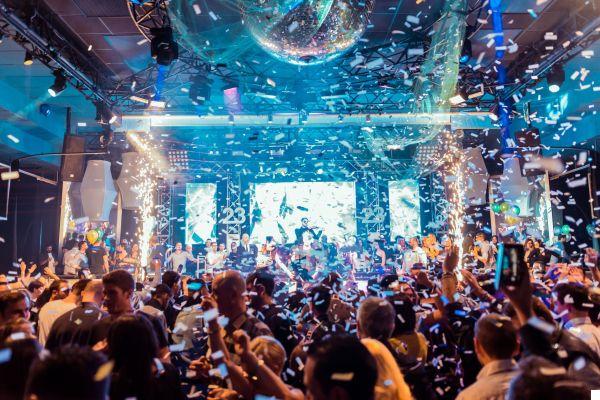 Do you like to travel the world in search of new music? If so, stay and save for your plane tickets because today, in Topfestivals, we travel to South America to meet the most important music festivals in the world. best festivals in Colombia. Buckle up because our trip starts now!

Music festivals in Colombia that we encourage you to visit.

Surely almost all of you like to know new music, in new places that besides helping you to know new musical genres also gives you the opportunity to learn about unknown cultures. That is why today, in TopfestivalsWe invite you to get to know some musical events in Colombia that you can't miss, and encourage you to open your musical frontiers!

Estéreo Picnic is a music festival that takes place in the city of Bogota, in Colombia, since its first edition in 2010. This festival is one of the most important alternative music festivals, where you can enjoy all its styles as well as Colombian music, and all this from the hand of the best national and international artists and groups!

Some of the artists who have already performed at this festival have a great popularity at international level, such as The Killers, Red Hot Chilli Peppers, Nine Inch Nails, Snoop Dogg, Gorillaz, New Order, Tïesto and Major Lazer, among many others. among many others. Artists that will make you vibrate, among more than 60,000 spectators, with their performances.

Rock al Parque is a popularly known music festival that has been celebrated since no less than 1995 in the city of Bogotá. This festival is one of the biggest in the world and the biggest in Latin America, and in it you will be able to enjoy rock and its hardest styles: metal, ska y punk And on top of that it is free!

The performances of the artists that make up each edition of Rock al Parque are distributed among the three stages of the festival: Plaza, Lago and Eco.

The last edition held in 2019 featured artists such as Juanes, Fito Páez, Gustavo Santaolalla, Pedro Aznar, El Tri, Toxic Holocaust and Christina Rosenvinge, among many others.among many others.

Storyland is one of the best festivals in Colombia. This festival is celebrated in different places, such as Cartagena or Santa Martaand you will be able to enjoy the best electronic music, house y techno in an atmosphere of Caribbean climate.

This festival is celebrated during the vacations in January, and it has seen the participation of internationally renowned artists such as David Guetta, Steve Aoki, Deadmau5 and Armin Van Buuren..

Be You Fest is a music festival that although it is young, since it celebrated its first edition in 2018, it is a very promising option, because it has artists of the pop y urban internationally recognized.

This festival is held at the Parque de la 222, in Bogotá, and usually takes place annually in the month of May. Artists such as Sebastian Yatra, Morat, Ventino, Greeicy, Mike Bahia, Paty Cantú, Arguello, Karen Mendez, Felipe Ospina, Altafulla, Cato Anaya, among others, have performed there .

The Tatacoa Festival is also one of the newest, but at the same time one of the most differentiated for its location, since it is held in the Tatacoa desert. Tatacoa Desertin Huilain the south of Colombia. In it you can vibrate all night to the rhythm of house and techno genres by the hand of artists such as Alex Bessofen, the of artists such as Alex Bessofen, Bas Mooy, Baba Stiltz, Cayetano b2b Deadwalkman, Christian Wünsch, Claptone, Ela Minus, Hypomania, Iluminat and many others.

This event also has camping option so you can stay in it, and if not, you can stay in the cities of Medellin, Cali or Bogota without problem, as the organization of the festival provides many transportation optionse from them to the venue.

Soundhearts Festival is another of the best festivals in Colombia that we recommend to enjoy the best music of all genres. music of all genres. This festival besides making you enjoy its musical variety, also aims to raise awareness among its attendees of the importance of the environment.

Its first edition was held in the month of April 2018 in. Bogota, so it is also a fairly new festival, and featured internationally known bands and groups such as. Flying Lotus, Ghetto Kumbé and Radiohead..

Estéreo Beach Festival is a festival that in addition to music offers, in the same space, art and a great gastronomic offer by the sea. This festival has been held in Santa Marta y Palomino and every year has a great mix of sounds.

In its editions have been present artists such as Frikstailers, Mitú, Dj Raff, Reyna Tropical, Moügli, Cerrero, Paraísos Invisibles o Adi, among many others.

The festival of San Pedro is one of the most famous festivals in Colombia, where you can enjoy besides music, a few days full of dance, culture, gastronomy and above all, the folklore of this part of the world. This festival is held in the town of Huila, Colombia.

The full name of the festival is El Festival Folclórico, Reinado Nacional del Bambuco y Muestra Internacional del Folclor, although it is known by the name of Festival de San Pedro. There you can enjoy traditional music and typical dances such as the Sanjuanero.

It is considered the most important event of the Vallenato and its beginnings date back to 1968. 1968. Since then it has been held annually at the end of May or beginning of April in Valledupar.

With the realization of this festival seeks to preserve the 4 main rhythms of this musical genre which are: puya, merengue, son and paseo. Likewise, the festival incorporates the following activities and arts: peasant poetry, parranda, stories, legends, oral tradition, myths, sociocultural, artistic and literary expressions associated with vallenato.

In addition, the Festival del Vallenato, as this event is also known, has featured artists such as Poncho Zuleta, Silvestre Dangond, Carlos Vives, Iván VillazónBeto Zabaleta, Omar Geles, Peter Manjarrés, among others.

It takes place in Ginebra, Valle del Cauca and it is one of the most important most important Andean music festivals in Latin America.. The first edition of the festival took place in 1975 and from that moment on it has not stopped taking place, so it has 43 editions behind it.

This event involves the participation of the main performers and composers of this genre. The main activity that takes place is the "Andean Music Contest". This has become the main stage for international artists who have beennominated for the Latin Grammy Awards.

In the same way, other activities are carried out in this festival which are: Mateo Ibarra Conde Encounter, Encuentro de Expresiones Autóctonas, Conciertos Dialogados, Concurso de Obra Inédita and Festival de la Plaza.

This is the largest festival of "Gospel Music in Latin America". The first edition took place in 2008 and has brought together more than 60,000 people in each of the editions. The meeting point is the Simon Bolivar Metropolitan Park.

In the beautiful city of Cartagena de Indias since 2007 in January, the notes of strings, winds and voices are mixed in one of the most important music festivals in the Americas. most important music festivals in America and Europe.. The event aims to strengthen the music of Colombia, the organization is in charge of. "Salvi Colombia Foundation".The organization is in charge of "Fundación Salvi Colombia", which has brought guests of international and national stature.

It is known as "MedeJazz" and this is a festival that takes place in the city of Medellin with aduration of 10 days in the month of September. The first edition was held in 1997; the artists who played on that occasion played in front of 40,000 people.

It is one of the best festivals in Colombia, so, if you plan to travel to that nation and you like jazz, you should not miss it. On the other hand, the 2019 edition featured more than 130 musicians performing different styles such as, Salsatraditional Cuban music, Latin Jazz and Timba.

Tell us, which festival would you go to? Remember that Colombia not only has good music, but also many beautiful landscapes and a tropical climate that you will love if you go on vacation. But the best thing is the Colombian people, since they are very warm and friendly with foreigners.