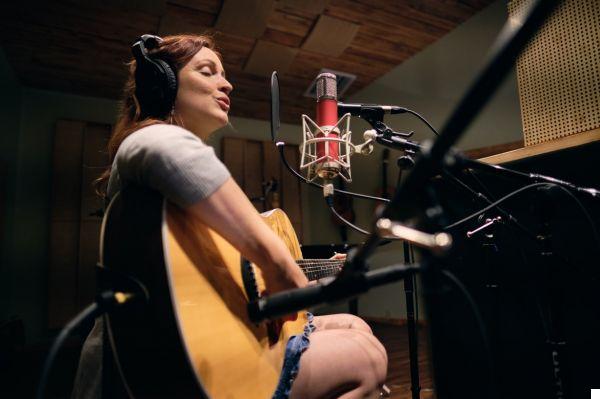 If you are a true music lover you have to have a great musical diversity, and that means knowing popular music genres from other countries. That's why, today from Topfestivales, we travel to one of the countries of South America, to Chile, to meet some of the best singers of Chilean popular music. Do you want to discover who they are? We tell you in Topfestivales.

Chile is a South American country that, like everyone else, has a popular folk music characterized by the mixture of traditional "aboriginal" sounds brought from our continent, Spain. In this country was born the well-known "Nueva Canción Chilena" (New Chilean Song), which produced a resurgence of folk music. Many artists and composers chose to interpret, over time, songs with the characteristic sounds of this Chilean folklore, so today, in Topfestivales, we are going to meet some of the singers of Chilean popular music. So what, do you dare to meet them?

First of all we have to talk about Luis Advis, who although he was not a singer, was a composer who has become one of the fundamental figures of contemporary Chilean popular music. This composer, through his works, revitalized the strength of folk music, although he also entered the world of classical music.

It should be noted that this composer did not have any conservatory training or higher studies in music, but he did attend piano lessons with Albert Spikin.

Among his works we can highlight Valparaíso, Canciones del 900, the Cantata de Santa María de Iquique, Canto Para Una Semilla or the symphony Los Tres Tiempos de América, among many others.

Such is the importance of her work in the genre that it has been covered by numerous artists, both within Chile and outside its borders in foreign countries. In addition, every October 4th, as a commemoration of his birth, the Day of Chilean music and Chilean musiciansis celebrated.

Have you ever heard of her before?

He was also a theatre director in groups such as Quilapayún, and performed as a soloist, until 1970, in the Parra's peña. In fact, in 1966 he recorded his first album as a soloist, entitled Victor Jara. The following year he recorded the compilation Canciones folclóricas de América together with Quilapayún.

Margot Loyola was a very important composer, guitarist and pianist in the history of Chilean folklore. In fact, she has been considered one of the essential researchers of the genre, along with Violeta Parra. In addition, in 1944, she was awarded the Chilean National Prize for Musical Arts.

This artist, besides composing, also worked as a singer, of which songs like Sau Sau, Los Gallos, Kia - kia, La Clavelina, Casate Niña, Dicen Que No Caben or Huayno, are some of those that have gone down in the history of Chilean popular music over the years.

Do you think this artist deserves to be in this list of best chilean popular music singers?

Javiera Mena is a Chilean singer-songwriter who is contributing to the popular music genre of her country through the fusion of her sounds with those of electropop, indielectronic or pop. She also plays guitar, keyboard, piano and bass.

In 2001 he started playing as part of the circuit of independent rock bands in Santiago. In 2006 he was part of an electropop duo called Tele-Visa, and that same year, he released his first solo album: Esquemas Juveniles.

In 2010 he released his second solo album and his fame began to grow, so much so that he crossed borders and in 2011 he toured several cities in Spain.