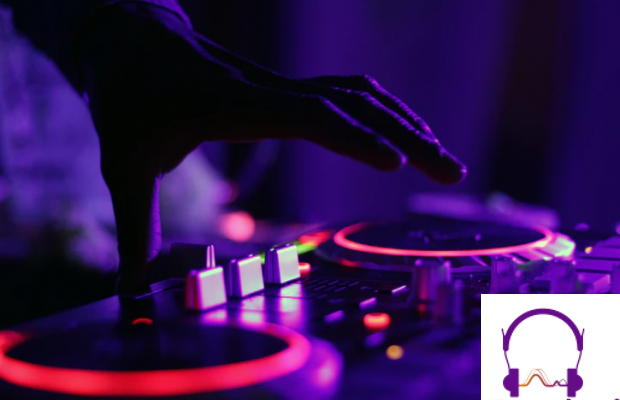 Since techno came to light in the 80's, there are many people who have become loyal followers of this style of electronic music. But, we all know that the basis for a good techno music is the DJ that is playing it, so from TopFestivals we want to propose you the list of the best techno DJ's in the world so you can follow their music wherever they go.

Best techno DJ's you must listen to

If you are passionate about techno music, you will know some of the best techno DJ's in the world, so today we want to propose you a list so you can meet the ones you haven't heard yet and you can enjoy listening to new musical proposals.

We start with a woman, because lately in the world of techno women are sweeping. This Belgian DJ is known for her minimalism in her live sets, using excessively the bass, so that her pieces tend to be very heavy, and have a very strong charge of energy. She is an expert in mixing old house branches with the most contemporary techno music, creating a fusion that leaves no one the same.

This Dutch DJ who currently resides in Amsterdam, comes from a family of musicians who have given him the musical personality that he has. In his pieces stands out the musical perfection, if necessary he will transport whole songs so that the whole piece is in the same whole and his show seems to be made with only one song.

Born in South Korea, Peggy Gou has been producing her own music since she was 8 years old while studying classical piano at the conservatory. In her sets she does not go unnoticed, not only because she is the most renowned DJ in 2021, but because she studied fashion, her shows, while being of exquisite musical perfection, are full of style and glamour.

The real name of the well-known DJ Maceo Plex is Eric Estornel. He was born in Dallas, but his origin is Cuban American, so he abandoned Cuban music to become one of the best techno DJ's in the world.

Dubfire is a Grammy award winning Iranian DJ. He used to team up with his compatriot Sharam Tayebi and they formed a progressive house group called Deep Dish, but eventually decided to pursue his solo career and has now become one of the benchmarks of minimal techno.

Carl Cox has been one of the best rooftop DJs in the world for 15 years and is one of the driving forces behind this style of music in London venues. He is one of the founders of the Ultra Music Festival and his live shows are full of groundbreaking pieces, but also a spectacle on stage.

Deborah De Luca was working in nightclubs as a waitress when she discovered that her true passion was making music, so the Neapolitan DJ started producing her own music to become one of the artists with the biggest following on Spotify so far.

We can't do a ranking of the best DJ's without mentioning the great Nina Kraviz; the Russian singer, DJ and producer takes the stages of the biggest techno festivals worldwide by storm. And to think that, when she was a teenager, her plan in life was to be a dentist...

They are a German duo characterized by playing the most modern techno, called techno Berlin. Even playing the most innovative style, they don't stop here, they are known for mixing their tracks with vocal motifs that they do live in the same concert. From the list we propose, these are the most eccentric and groundbreaking DJs.

Richie Hawtin is one of the best techno DJ's in the world, awarded three times with the Best Thecho DJ Awards. He is one of the techno artists with the longest musical career, starting with minimal techno in the 90s.

Adam Beyer is a Swedish DJ who lives in Stockholm with his wife and three daughters. He is considered one of the best techno DJs of today and his label is home to some of the best techno artists of the moment, so a lot of the techno music we listen to, in one way or another, has been influenced by Adam Beyer.

Solomun's music is inspired by Funk, Soul, R&B and Hip Hop and he is one of the most acclaimed DJs by his audience today. Mladen offers us an elegant techno, but very euphoric in the high moments, that makes the audience go through different emotions in each piece of music.

Marco has always been passionate about music, as a child he started playing drums and played them for a long time, until he discovered the decks and changed his passion of being a drummer for being a DJ. He learned by himself and his first live shows were in the Neapolitan clubs of his friends where they let him bring his own decks. Nowadays he has become a reference for Italian techno.

Sven Vath is a German musician and DJ who won three times the DJ Awards and who began his career presenting Electrica Salsa, to later move to techno and become one of the best. His musical knowledge means that his pieces are full of nuances.

He is a German DJ specializing in techno, house and deep house and his music is known as very clear and contagious without wanting the public, without any effort, simply with the strength of his pieces, he is able to make the audience come up.

From TopFestivales.com we wanted to present you the music scene of the moment through the best techno DJ's in the world, now you just have to choose the ones that have caught your attention and start enjoying their music.

add a comment of 15 best techno DJ's in the world