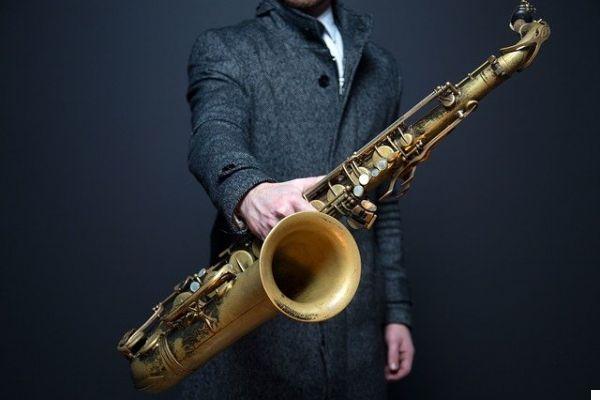 7 of the best blues festivals in the world: don't miss it!

In this tour from TopFestivales we are going to transport us to many cities in the national, European and international scene! Here we tell you which are the best blues festivals in the world.

The Antequera Blues Festival is held in Antequera, is characterized as one of the oldest in Spain, since it began in 1988. After a break, the festival was reborn in 1995, and since then, it has been held without interruption until today.


The festival is held in the Plaza de los Escribanos, where it takes advantage of the backdrop of the facade of the Royal Collegiate Church of Santa Maria la Mayor which is transformed into an outdoor bluesclub.

This festival has been recognized by The Blues Foundation as the best international blues festival in the world.

The BluesCazorla Festival is considered one of the best blues festivals on the peninsula. For three days fans from all over Europe and bands from all over the world come together , highlighting the presence of true legends.


In its last edition held last July, more than 15,000 people passed through the Blues Cazorla, filling all the hotel rooms in the area. Their events are also often broadcast by TVE in the following months.

The next edition will be held in the Plaza de Toros de Cazorla from 7 to 9 July 2022. The line-up is still to be announced and the season tickets purchased for cancelled editions will be valid for the 2022edition.

The Chicago Blues Festival is the largest free blues festival in the world, and is held in one of the most important cities in the United States, in Chicago .

The festival is usually held in the month of June, and is the largest music festival held in the city. The event is held in Chicago's Millennium park for three days.

One thing that characterizes this festival is the diverse lineup that it has been offering for almost 40 years. The performances showcase the genre's contributions to soul, r&r or hip-hop among others.

STIMMEN Festival is a festival that takes place in Lörrach, Germany, specifically in Marktplatz. In this event converge genres such as Folk, Jazz, Hip hop, Punk, Indie, Soul and Blues.

The festival plans to hold its next edition on 20 July 2022. Tickets are already available on various digital platforms.

Some of the artists who will be present in this edition are: Passenger, Deep Purple, Alligatoah or Bob Geldof.

The Montreux Jazz Festival has become the second largest jazz festival in the world. For two weeks the city of Montreux moves to the sound of jazz.

In addition to concerts by traditional jazz artists, artists from other genres such as folk, blues, soul and electronic musicalso perform.

The event is held on the shores of Lake Geneva, just in front of it is the catering area available to its attendees.

Its next edition is scheduled to be held from 1 to 16 July 2022, and it has been announced that one of the artists who will be present on July 12 will be Lionel Richie.

The Handy Blues & Barbecue Festivalhas become one of the largest free music festivals in the nation, drawing over 50,000 people. Each year it attracts people from every state and country.

This festival is held in Henderson, Kentuky, in commemoration of its namesake, who is considered the "father of the blues".

The festival brings in some of the best national and local blues talent each year. Plus, on the first day of the festival you can enjoy a barbecue while listening to great live music in Henderson's Mill Park.

The Long Beach Blues Festival is held annually in Long Beach, California and is one of the oldest festivals on the West Coast. There is only one older than it and that is the San Francisco Blues Festival.

The festival lasts a weekend and is dedicated exclusively to the dissemination of jazz and blues.

The last edition could not be held and was postponed to the weekend of 12-14 August 2022.

Nights on the Malecon ❯

add a comment from Best blues festivals in the world