Best gay festivals in the world 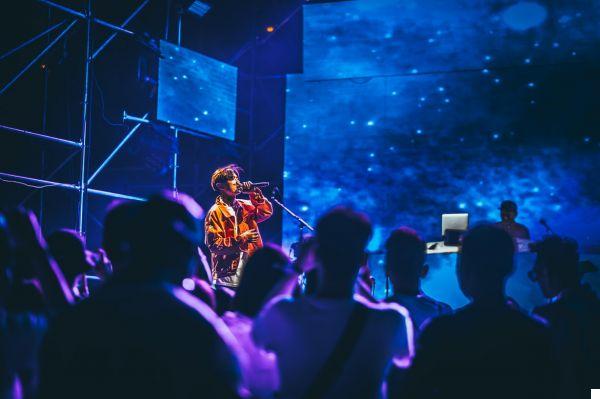 Do you like to discover new festivals? There are more and more types and styles of music festivals, and today from Topfestivales, we wanted to focus on those oriented to the LGBT audience. As these festivals have had a great development both nationally and internationally, we bring you a selection of the best gay festivals in the world.

The best known LGBT festivals in the world

LGBT-oriented music festivals are becoming more and more common in every corner of the world. Many of them are located in some of the main cities where gay pride celebrations take place.

Today, from Topfestivals, we want you to discover some of the best gay festivals in the world that will bring together the perfect mix to be your favorite. Do you want to discover them?

The Circuit festival, is a music festival that has been held since 2008 in Barcelona and is aimed primarily at LGBT audiences. This festival is held annually, is one of the best gay festivals in the world, and one of the largest in Europe.

In 2012 it managed to gather about 70,000 attendees, and since then it has only increased. These attendees come from all over the world although we can highlight a greater presence of English, French and Germans.

Every year more than 60 international DJs and artists take part in the festival, who make the audience enjoy their music. In addition, during a week there are parties, sports and leisure activities and concerts.


Have you ever heard of this festival before? From Topfestivales we assure you that it is one of the best options.

If we continue in Spain, we can't forget the Delice Dream Spring Break, a music festival that takes place in the south of the Peninsula, in Torremolinos, Malaga.

This festival, which was previously held in Lloret de Mar and Sitges (Barcelona), is one of the most important gay events in Europe, so it couldn't be missing in this list of the best gay festivals in the world.


Delice Dream will offer you unforgettable parties on the sandy beaches of the coastal town of Torremolinos by internationally known DJs. In addition, each of the seven nights of this event, you can enjoy a different theme.

This festival will return next 2022 with artists such as Aurel Devil, Coco, Dani Toro, Damita J, Freemasons, Gsp, John Dixon, Jusep Leon, Kingstone, Lucy Ward or Miss Nutz, among many others.

Do you want to join us?

We move to the other side of the pond to know another of the best gay festivals in the world, this time in Miami. Winter Party Festival is one of the most famous gay music festivals and events worldwide.

This festival lasts about six days, and much of its popularity is thanks to the fact that it takes place in Miami Beach, the party capital of the world par excellence.

In addition to being a week of great music, partying and dancing, you should know that this festival raises funds to help various LGBT-related causes.

Are you convinced by this option? It is undoubtedly one of the best gay festivals in the world. And if you don't want to attend all six days, the festival organizers offer single-event tickets that you can choose yourself. Come on!

White Party Palm Springs is a music festival, also LGBT-oriented, held annually in Palm Springs, California. This event is also one of the biggest and best gay festivals in the world.

It is worth noting that its founder is Jeffrey Sanker, an entrepreneur who has been revolutionizing gay parties since the 1980s. Although he started in New York, he now produces events all over the world and even has a star on the Palm Street Walk of Fame.

This festival has been held for more than 30 consecutive years and its growth, since its first edition, has been imminent, bringing together in some of its latest celebrations about 30,000 attendees.

In addition to the stages where DJs and international artists perform, you can find swimming pools, huge LED screens, cabins and many more things that you can discover in its next edition. Are you up for it?

Other events you should know about

In addition to music festivals you can also find other worldwide events aimed at the LGBT community such as: Gay Pride. Although Madrid is the world headquarters of LGBT Pride, there are many other cities around the world that celebrate diversity.

Madrid, the capital of Spain, is a city recognized around the world for being one of the main and best destinations to showcase and celebrate diversity. This celebration lasts for a week, and you can find numerous activities and cultural and recreational activities.

It is worth mentioning that the highlight of Madrid Pride takes place on the first Saturday of July, when there is a state demonstration from Atocha to Colón.

The Dutch capital of Amsterdam is another outstanding destination for its celebration of LGBT Pride, which is known as "Amsterdam Gay Pride".

This event began to be held in 1996, and what sets it apart from the rest, since its inception, is that instead of opening with mass demonstrations, it did so as a festival to celebrate freedom and diversity.

The highlight of this week of celebration is the Canal Parade, a parade in which numerous boats travel along the emblematic Dutch canals to fill the city with atmosphere.

San Francisco is one of the cities that has fought the hardest for LGBT rights and visibility, and is recognized as the gay capital of the world. Its Pride week is known as "San Francisco Pride", which is celebrated at the end of July.

Several parades take place this week, but the most prominent is the one known as "Dykes on Bikes", where most of the participants are women on motorcycles.

It is also recognized as "the largest gathering of LGBT people and LGBT supporters in the world".

add a comment from Best gay festivals in the world