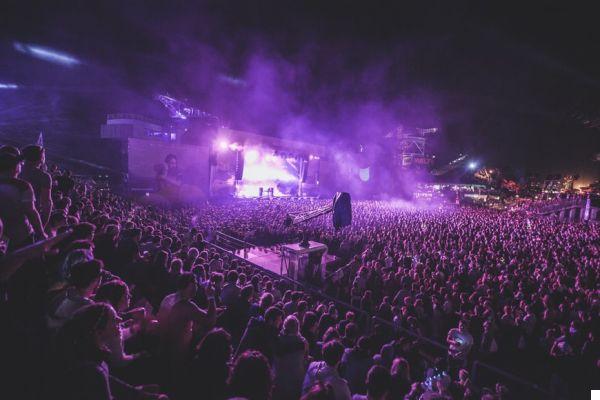 Catalonia is an autonomous community that has great cultural events that fill their towns and cities with music. This community has some of the most popular festivals in the country, and that's why from Topfestivales, we bring you a selection of the best music festivals in Catalonia. Do you want to know what they are?

No matter what genre you like, Catalonia has a wide variety of festivals of all genres, from pop, rock, rap, trap or even electronic. Are you really going to stay without knowing the best festivals in Catalonia? Today, from Topfestivales, we bring you up to date with the best musical events in this community. Come and discover them!

The festival Jardins de Pedralbes is a musical event that has been held for ten consecutive years, between June and July, in the city of Barcelona. Specifically, the festival takes place in an enclosure that gives its name to the festival itself, the gardens of the Royal Palace of Pedralbes.


This festival is suitable for all lovers of any musical genre, as it has a wide variety of styles, from pop to rock and electronic music. A very complete option, isn't it? In addition, it has numerous spaces to enjoy concerts, to take a walk and get lost in its gardens or to enjoy a gastronomic experience.

Specifically in the area known as "The Village", you can enjoy two spaces dedicated to music, where you can listen live to both emerging artists and some of the most acclaimed of the moment. To give you an idea, Loquillo, Sergio Dalma, Amaia, Nathy Peluso, La Bien Querida or Alan Parsons, are some of the artists who have been in Jardins de Pedralbes in past editions.

Are you convinced by this option? No doubt, from Topfestivales, we recommend it, as it is one of the best music festivals in Catalonia.

Cruïlla Summer Festival or Cruïlla, is a music festival held in July in Barcelona since 2005. This event offers a great cocktail of musical styles and genres such as ska, hip hop, folk or electronic, among others. In addition, you can also enjoy other events such as events on art, gastronomy, fashion, technology or wellness.

Specifically, the festival takes place in the Parc del Fòrum in Barcelona itself, and each year hosts national and international artists. And do you know why it's called Cruïlla? Well, because cruïlla means crossroads in Catalan, and what it wants to represent is that it is the meeting point of different musical genres.

Bomba Estéreo, La Pegatina, Els Catarres, M.O.D.A, Vetusta Morla, Years & Years, Garbage, Love of Lesbian, Dorian, Natos y Waor or Ayax y Prox, are some of the artists who have played on the stages of this festival in past editions.


And you, do you think Cruïlla deserves to be among one of the best music festivals in Catalonia?

Share Festival is a fairly young music festival that is usually held in Barcelona around the month of July. This event tries to position itself as the most urban festival, as it has a program of urban music and pop-rock first level.

Specifically, the festival takes place at the Palau Sant Jordi in Barcelona, and artists such as Lola Indigo, Aleesha, Don Patricio, Anuel AA, Omar Montes, Morad, Natalia Lacunza, Stay Thomas or La Pegatina, are some of those who have passed through Share in past editions.

In addition, while you enjoy your favorite artists, you can perform solidarity actions through an application proposed by the festival and with it you will accumulate points that will serve to enter raffles and win tickets.

Do you think this is one of the best options for music festivals in Catalonia?

Specifically, the event takes place in the Parc del Fòrum, and every year has a greater media coverage, both national and international media, which cover the news of the event.

This event has been held since 2001, and since then has brought together artists such as MileyCyrus, Janelle Monáe, Carly Rae Jepsen, Suede, Solange, J Balvin, Rosalía, Arctic Monkeys, Björk and Nick Cave, among many others.

Did you already know this festival? From Topfestivales we recommend you to get to know it because it is undoubtedly one of the best music festivals in Catalonia.

VIDA Festival is a music festival that has been held annually since 2014 in the city of Barcelona. It is usually held around the month of June, and has two main venues where it organizes its shows and events: during the day at Daurada Beach, and during the afternoon and evening at La Masia D'en Cabanyes.

This festival does not understand genres, as it has a wide variety of musical styles such as rock, pop, electronic, singer-songwriter music or punk. In addition to a multitude of concerts, it also has an area for families with workshops and activities for children.

It should be noted that the event has received the Fest Award for Best Medium Format Festival, and in past editions has brought together artists such as Angel Olsen, Destroyer, Parcels, Cut Copy, Manel, Belle and Sebastian and Black Pumas, among many others.

Do you think this is one of the best music festivals in Catalonia?

The Cap Roig festival is a music and dance festival that has been held annually since 2001 in Calella de Palafrugell, a municipality in the province of Girona. All kinds of national and international artists from the genres of popular and folk musictake part in this festival.

This event takes place in thegardens of Cap Roig, so it takes place in an open-air space, a natural setting facing the sea. A magical place to enjoy a festival, isn't it? In addition, it should be noted that it is one of the best and most popular music festivals in Catalonia, as it generates a lot of money and jobs in each of its editions.

Has this festival won you over?

add a comment from Best music festivals in Catalonia