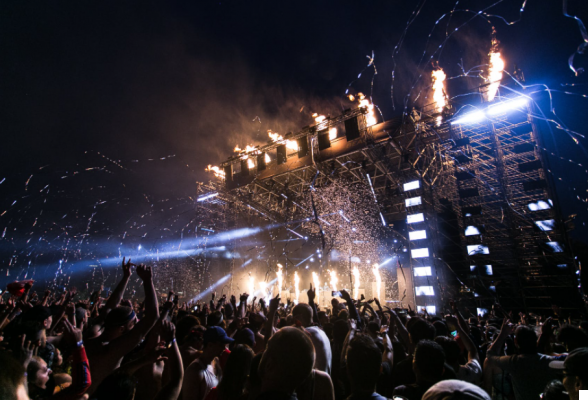 Today we move to a European country on the Mediterranean coast which is home to the Vatican, does this sound familiar?

To be a true music lover you also have to know new genres and cultures, and Italy is one of the most complete countries in terms of musical events. That's why, from Topfestivals, we have decided to bring you a selection of the best music festivals in Italy. Below you will find out what they are.

Most famous music festivals in Italy

Italy is a Mediterranean country that has a wide range of events and music festivals varied in terms of genres.

Moreover, they are a unique option, since most of them have a theme full of Italian tradition and culture. So, are you ready to know these events, because from Topfestivales we bring you a list with the best music festivals in Italy, don't miss it!

Surely many of you already know it, as it is one of the most popular music festivals in Italy. Its full name is San Remo Song Festival, and it has been held annually since 1951 in San Remo, Italy. Although it was originally held at the Casino of Sanremo, since 1977 it has moved to the Ariston Theatre.


The event is usually held in the month of February or March, and lasts approximately one week. Something that makes it unique is that it focuses on Italian artists and composers, so you can enjoy traditional Italian music and get to know new genres and singers.

It is worth mentioning that this festival produces the artists who later participate in the Eurovision music contest, so artists like Mahmood orthe famous group Måneskin, which is sweeping internationally with their songs, have passed through it.

Lucca Summer Festival is another of the best music festivals in Italy. A music festival that takes place in summer, specifically in July, since 1998 in the city of Lucca, in the heart of Tuscany in Italy .


This event takes advantage of the spaces of Piazza Napoleone, Piazza San Martino and Piazza dell'Anfiteatro, which are within the walls of Lucca, where great national and international artists perform.

Moreover, in this festival you can enjoy all kinds of musical genres, as its line-up is always open to new proposals and styles. To give you an idea, artists such as David Bowie, Bob Dylan, James Brown, Mark Knopfler, Jamiroquai, Seal, Zucchero Fornaciari, Ray Charles, Eric Clapton, Elton John, Anastacia, Giorgia, Green Day, Ennio Morricone and the Rolling Stones are some of those who have played on the stages of Lucca Summer Festival.

What do you think about this option? It is certainly one of the best music festivals in Italy and one of the most popular, as each of its editions welcomes more than 50,000 spectators.

Umbria Jazz is a music festival held annually in July or August, since 1973, in Perugia, Italy. Although its main venue is Perugia, it is also held in other Italian cities such as Terni, Orvieto, Bastia Umbria, Gubbio, Spello.


As its name suggests, in this festival you can enjoy the best of the jazz genre, both international and national, although some styles of rock and jazz have also been added. blues.

To give you an idea, artists such as Robben Ford, George Benson, Chick Corea, Nick Manson, King Crimson or Thom Yorke are some of those who have played on the stages of Umbria Jazz.

This festival is a great musical event that every year welcomes more and more music lovers, come and live this great experience!

The International Opera Festival is a festival that has been held since no less than 1913! This festival is based in the famous city of Verona, specifically in its Roman amphitheatre. In this event you can enjoy opera performances , symphonic music concerts and ballet.

The space where it is held is unique, known as Arena di Verona, a Roman amphitheater built in the year 30 and considered one of the best places where the structures are impeccably preserved.

You can find on its website already scheduled works such as La Traviata-Verdi, Nabuco-Verdi, Aida-Verdi or Carmen-Bizetamong many others that have already been performed. 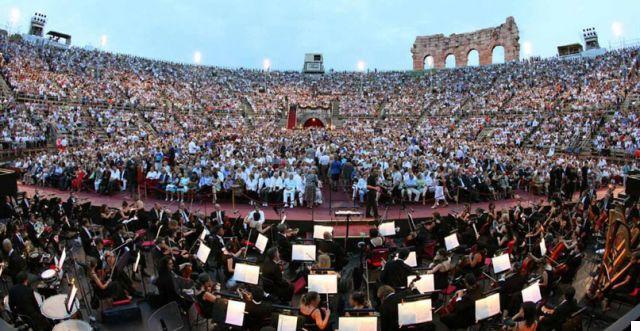 Agglutination Metal Festival is a music festival held annually since 1995 in Basilicata, which is located between the towns of Senise, Chiaromonte and Sant'Arcangelo. In this event you can enjoy the best of the metal genre.

This festival was one of the first metal festivals in Italy and is one of the oldest music events in Europe, having hosted artists such as Overkill, Cannibal Corpse, Mayhem, Stratovarius, Carcass, Exodus, Gamma Ray, Dark Tranquility and Marduk.

Festival-goers, make time for this August because it is undoubtedly one of the best music festivals in Italy. Cheer up!

add a comment from Best music festivals in Italy