Best summer festivals in the world 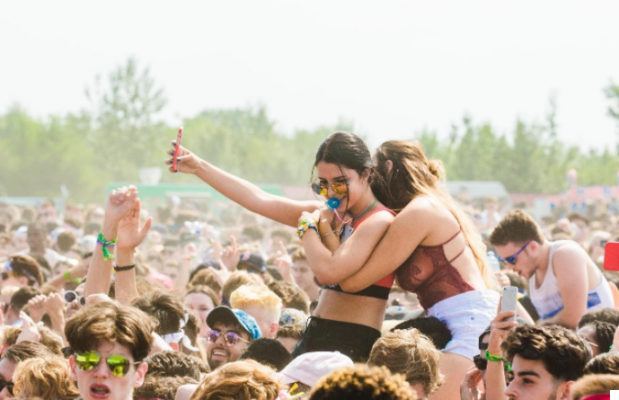 We have all dreamed of attending a globally popular macro-festival where countless stars of today's music scene perform. And, although it is difficult to get a ticket because of the number of people who want to go to them and the high cost, in this TopFestivals article we will see the best summer festivals in the world.

7 summer festivals you have to know

Throughout the year there are great music festivals around the world. But perhaps the months in which these big events proliferate the most are the summer months. Most of the population has a week of vacation in the summer, and what better way to enjoy them to the fullest than traveling to the country where your favorite festival is held.

In this article we are going to present you the best music festivals in the world that take place in summer, so you can spend your next vacation in one of them. In addition, we have tried to include a diversity of musical genres in this list of festivals so that everyone can find one that represents them.

Here you have a review of the best summer festivals in the world, enjoy!

Tomorrowland is undoubtedly the festival of festivals and one of the most important music events today. This festival takes place in Boom (Belgium) during August since 2005. Tomorrowland was created by the brothers Manu and Michiel Beers, who worked at the event promoter, ID&T, but in 2013 it was bought by the American company LiveStyle.

This festival focuses on electronic music, mainly house, and that's why DJs of the stature of Dimitri Vegas, David Guetta or Carl Cox have performed there. Although it also features artists from the international pop scene. As it covers such a wide range of commercial music, the influx to this festival is huge, reaching 400,000 attendees in 2019.

Another reason why Tomorrowland is worth visiting is because of its incredible stage. They take the staging very much into account and for that reason, they employ a huge amount of pyrotechnical resources and amazing illuminations. In addition, the guest artists usually prepare special shows for this event, making it an ideal occasion to appreciate the pure talent of the best djs and singers in the world.

Due to the popularity of this festival, versions of it are held all over the world during the different seasons of the year. But it is clear that they do not have a line-up as complete as the original nor a staging as impressive.

One of the most famous and long-lived festivals in the world that takes place in summer is that of Glastonburyalso popularly known by the abbreviation Glasto. It has been held since 1970 in Pilton, Somerset, England during the first weekend of summer (around June 21).

This festival was created by a local farmer, and its first edition was attended by no more than 1,500 people. But it gradually gained popularity up to a maximum of 153,000 attendees. The first edition was heavily influenced by the hippie movement and other festivals of the time such as Woodstock, and so most of the concerts were rock and indie music. Over time, the festival has maintained its essence, but has adapted to new musical trends.

Another of the peculiarities of this festival is that, in addition to excellent musical performances, it also features performances of other performing arts such as dance, comedy, theater, circus or cabaret.

This festival was held for the first time in 1985 and became the largest festival in the world. It brought together the best international rock artists(Queen, AC/DC, Scorpions, Iron Maiden...). Today it takes place at the end of September in Rio de Janeiro, Brazil.

And, although it was originally a rock festival, today it has opened up to more musical styles such as pop or reggaeton. And if you can't travel to Rio de Janeiro to enjoy the music of this great event, don't worry. Versions of this festival are held in different cities around the world, one of them in Madrid.

The Montreux Jazz Festival is another of the best summer festivals in the world. It is the longest running musical event we are going to see in this list, since it was held for the first time in 1967. Its first editions were held at the casino in Montreux (Switzerland) but changed its location as the popularity of the festival increased and, consequently, the number of spectators.

Montreux Jazz Festival, as its name suggests, is based on jazz music, and other related styles such as blues or soul. If you are a lover of these musical genres, you should know this festival because it is an international reference event in the world of jazz.

This charismatic festival has been held every first weekend of August in the German city of Wacken since 1990. This is one of the biggest festivals specialized in heavy music in the world.

Unlike many of the festivals we have seen before, the Wacken open air lineup has a marked and rigid editorial line and only brings artists belonging to heavy and metal (including all styles that are grouped under hard rock).

Defqon 1 is an electronic music festival focused mainly on hardstyle and related genres such as hardcore. It was first held in 2003 in the Netherlands, and since then, every early summer this festival draws thousands of attendees. Some years, the location of the festival has changed and moved to other countries like Australia or Chile, but the last editions were held again in the Netherlands.

Besides having an amazing main stage flooded with colored lights and occasional pyrotechnic effects, this festival has an exceptional atmosphere of people from all over the world. Without a doubt, Defqon 1 is the best choice if you want to experience a great party.

This festival does not continue to be held with a fixed periodicity, but it must appear in this list of the best summer festivals in the world because it is the father of them all. The Woodstock festival was held in mid-August 1969 in White Lake, New York.

This festival is a fundamental episode in the countercultural movements of the 1960s and 1970s. In a huge esplanade this event was organized for 60,000 people, but in the end more than 400,000 attended. And despite the fact that well-known artists such as The Who, Jimi Hendrix and Janis Joplin performed at Woodstock, admission cost only 18 dollars. From this festival, festivals like the ones we know today began to be created.

Woodstock also meant the consolidation of the hippie movement in history, since many of the artists and attendees were immersed in this cultural trend.

Currently, some commemorative editions of this festival have been held. For example, in August 2019 an extraordinary edition of Woodstock was developed to celebrate the 50th anniversary of theoriginal Woodstock.

add a comment from Best summer festivals in the world