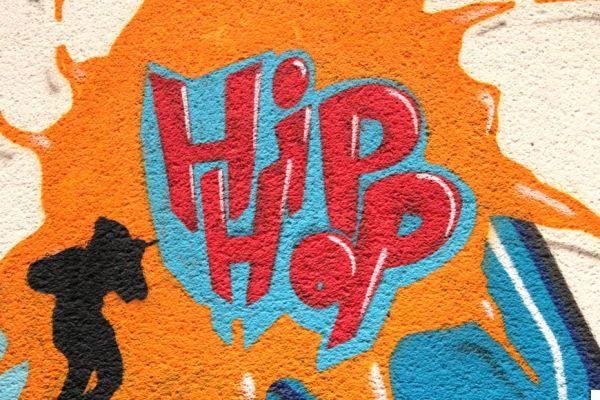 Are you a lover of hip hop? Hip hop is a widespread musical genre, it is not only music but it has become a subculture. Although its origin came from the outskirts of New York City, this genre has reached other countries such as Mexico, Mexico, which has a wide variety of urban artists. Do you dare to meet the best Mexican hip hop singers? Mexican hip hop singers? Visit Topfestivals we tell you about it.

Mexican hip hop singers that you have to meet

El hip hop is an urban genre that, although it was born in New York City, has become one of the most international, listened to all over the world. Specifically in Mexicothis genre began to develop its rhythms in the 80's, when the first rap bands began to form. rapone of the styles of this urban music. Little by little, this country has been seeing the emergence of many artists of the hip hop sphere, that's why we at Topfestivalswe bring you a selection of the best Mexican hip hop Mexican hip hop singers.Do you dare to discover who they are?

Jezzy P is a Mexican artist of the genre of independent hip hop and she is considered one of the female rap referents, both in Mexico and internationally. The music and songs of this singer move through the styles of urban music such as hip hop and rap. rap.

This artist was one of the first generation of Mexican female rappers that emerged at the end of the 90's, and was also the creator of one of the first female rap groups called 'Pollos Rudos'. In addition, she is also one of the main promoters of female hip hop, since 2009 she heads the collective "Mujeres Trabajando" that supports the work of women and tries to open more spaces for emerging artists of the urban scene.


Cuánto Tienes Cuánto Vales, Kintsugi, En Pie de Guerra, La Isla Dos o Que Me MientasThese are some of the most popular songs of this Mexican hip hop singer, what are you waiting for to listen to them and add them to your playlist? They are real hits ;)

Control Machete was a Mexican hip hop groupspecifically from Monterrey, which broke up and stopped their musical activity in 2004. In spite of this, it is an important group to talk about since they released some of the most emblematic songs of Mexican hip hop such as "De Perros Amores".

In their songs you can appreciate a fusion between culture and typical music from the north of Mexico with the rhythms of the urban hip hop genre. rhythms of the urban hip hop genre.. In addition, they were part of the musical movement that flooded the city of Monterrey known as Avanzada Regia, which stood out for its musical variety and for being the first generation of alternative bands.

¿Comprendes, Mendes?, Si Señor, Cumbia Sobre El Rio, Ileso, Andamos Armados Mucho Barato or De Perros Amores, are some of the most listened songs of this Mexican hip hop group. Do any of them ring a bell?

Niña Dioz is a young 21 year old artist originally from Monterrey, Mexico. She is one of the best singers of Mexican hip hop.

This singer started composing her own songs when she was only 6 years old, and at the age of 17 she stepped on stage for the first time and began to lean towards the urban style of hip hop. rap. But she doesn't make her debut until 2009, and she does it outside of her hometown, in the United States at SXSW. Since then, this artist has gained international recognition.

She has shared the stage with great Mexican artists such as Julieta Venegas and Cartel de Santa, and with others such as Sonidero Nacional, Chicote, Plastilina Mosh, Chojin or Beatnuts. In addition, Mezcal, Kamikaze, Salsa, Ratatá or No Puedes Parar, are some of the most known and listened songs of this Mexican hip hop singer.

Have any of them earned to be added to your Playlist? You can tell us about it in comments.

Akwid, formerly known as Juvenile Style, is a music group from Mexico that in their songs fuses the urban genre of the hip hop with Mexican regional music. The group is formed by rapper brothers "AK" Gomez and Sergio "Wikid" Gomez, who despite being born in Michoacan, moved to the United States, specifically to California.

The intriguing and curious sound they create between the fusion of hip hop vocals rapped over the sounds of traditional Mexican brass, has led them to win two Billboard Awards and a Latin Grammy with their work Akwid.

No Hay Manera, Es Mi Gusto, Anda y Ve Lo Dudo, Cómo Cuándo y Dónde.... or Sin Tiare some of the most listened to songs by these brothers, Mexican hip hop Mexican hip hop singersDid you know any of their songs?

The Guadaloops is a Mexican music band that was created in 2012 by Fermín Sánchez, Fernando González, Samy Mendoza, Bernardo Pérez and Franco Genel. They have also been recognized as one of the most important bands in the rap and hip hop scene in the country.

This group creates alternative music and original through instruments such as drums, keyboard, guitar and bass with the magic touch that all of them are assembled in electronic music. Undoubtedly, a unique style of hip-hop fusion that has managed to capture the attention of many fans of the hip hopgenre .

The Guadaloops has managed to become the most innovative hip hop group in Mexico with songs like Nunca es Tarde, Somnífera, La Teoría de la Felicidad, Ven o Luminas, among others, which are also the most listened to on platforms like Spotify.

Did you already know this group of Mexican hip hop singers?

This Mexican rap singer started to become famous since 2012, thanks to his album. "Voy por el sueño de muchos" (I'm going for the dream of many).. Also, you should know that he had more than 100 million plays of his song. "Vuelve"together with rapper MC Davo, who is also from his native country.

In addition to this, we mentioned that C-Kan is one of the winners of the famous one of the winners of the famous IMAS awards.. He was also nominated for the Billboard awards and was once invited to the Latin Grammy Awards. The label with which he recorded the album "Voy por el sueño de muchos" was Mastered Trax Latino. His fame has led him to perform at important venues in his country such as the Pepsi Center, Teatro Hipódromo or the Auditorio Benito Juárez.

This singer mixes his style with traprap and R&B, all this with the touch of authenticity that characterizes him due to his free and poetic personality. Yes, because he makes poems, but of the street, of the city, of everyday lifeHave you listened to his song "Gato Negro"? "Gato Negro" (Black Cat) with Milo Harf? Well, don't wait any longer and play it on YouTube.

If you're looking for the best Mexican hip hop singers, you should definitely listen to Gera MX. His fast-paced trap-based lyrics have made him very popular on streaming platforms like Spotify and YouTube. In the video above you can see how he raps fast and without losing the sense of rhyme.. I don't know when Gera MX gets air when making such long sentences and without stopping, What a rapping technique!

Among his main songs are "Se Me Olvidó", "La Flaca", "El Mero Mero" and, of course, "Lo Nuestro se Murió", a song that he sings along with "Lo Nuestro se Murió".a song he sings with Samantha Barrón, which has more than 40 million views on YouTube alone. Take advantage and go to one of Gera MX's concerts to get a taste of what it's really like to be hip hop. In the following link you can buy tickets.

Dharius is a Mexican rap singer and also an excellent hip hop excellent hip hop composerHis lyrics are impressive and he uses rhymes that are not common, that you would never imagine if you were writing songs. His abbreviated name, DHA, is widely used on the Internet, so you can put the abbreviation and he appears in the first search results.

It should be noted that he was originally known for singing in Santa Cartel, which he did from the year 1999 until 2013. Then, specifically, in 2014, he released his first solo album, in which he showed for the first time his true and unique style to make hip hop. Since then, she continues to show her authenticity in the genre, something you can see in the video clip above, "La Durango".

This Mexican trap singer could not be missing in our selection. He is Adán Cristóbal Cruz López and he is one of the few one of the few rappers to use his real name in the hip hop world.. His fame began when he made his EP "Ruido, el silencio y yo", under the label Gooti Records, but before that he was already working on his solo career. Later, in 2015, he released his first full-length album titled "Quiérelo".

Some of Adán Cruz's most popular songs are: "Astronauta de Tus Lunares", "Start Again", "We Made A Plan" and "Diábolos". In many of his songs you can notice the traditional trap and lyrics that express situations of his own life, as for example, in the song "Start Again"which, although the name is in English, also raps many interesting verses about his life in Spanish. Above you have the videoclip of this great song by Adán Cruz.

Undoubtedly, it was difficult to decide which is the best singer, since all of them are excellent hip hop artists. Therefore, check out each singer on the list and listen to their music through the video clips we leave you. If you like hip hop a lot, you should go to a concert of these artists.