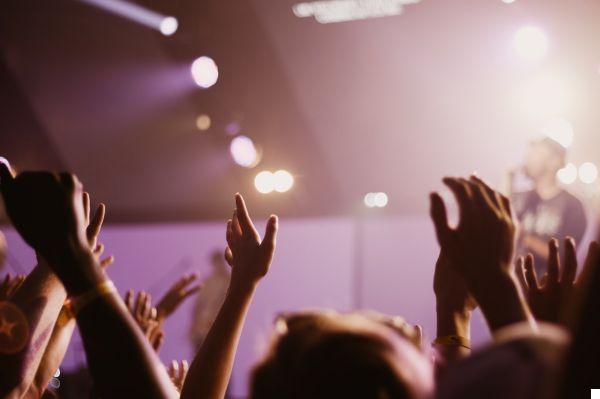 Are you a music lover without borders? Today from Topfestivales we travel to Latin America, specifically to Colombia, to know the best festivals in one of its biggest cities Bogotá. If you love to know new places and discover new music, travel with us to the music festivals in Bogota.

If you are a music lover and you don't mind crossing borders for it, stay because this post will help you discover new festivals outside the national boundaries. We traveled to Bogota, a city in central Colombia that has a great cultural and musical exchange, to know some of the festivals in Bogota. Do you want to know what they are? Let's start!

Jamming Festival, as its name suggests, is a music festival held since 2012 in Bogota, Colombia, although it is also held in other Colombian municipalities such as Ibague and Girardot.


This festival is mainly focused on bringing together the best artists of the reggae genre, but you can also enjoy other events on art, fashion, sports or gastronomy. A very complete festival as it brings together all the elements of what is known as "One Love" culture.

Artists like Swan Fyahbwoy, Black Eyes Peas, Mad Professor, Alborosie, Nach, Los Amigos Invisibles, Green Valley, Paolo Baldini or Maldita Vecindad, are some of those who have been present in past editions.

What do you think about this option? It is undoubtedly one of the best music festivals in Bogota.

Estéreo Pic nic is an alternative music festival held annually since 2010 in the city of Bogota, Colombia. The festival is usually held between the months of March and April, and lasts for 3 days.

This festival has a wide variety of genres, from rock to electronic, through others such as pop, indie or new folk, among others. And all this from the hand of the most prominent artists, both nationally and internationally.

In addition, this festival also includes other cultural and entertainment activities such as a hippie market, art or gastronomy, among many others.

Guns N' Roses, The Strokes, The Chemical Brothers, Armin van Buuren, Paulo Londra, Vampire Weekend, Nile Rodgers, James Blake, Arctic Monkeys, Kendrick Lamar or Twenty One Pilots, are some of the artists who have been present in past editions of the festival.


Do you think Estéreo Picnic deserves to be on this list of the best music festivals in Bogotá? You can tell us in the comments ;)

Rock al Parque is a popular music festival that has been held annually since 1995 in the city of Bogota. This festival is one of the biggest in the world, and you can enjoy the best rock and its hardest styles such as metal, ska or punk.

The festival distributes its shows around three stages, Plaza, Lago and Eco, and in its last edition, held in 2019, artists such as Juanes, Fito Páez, Gustavo Santaolalla, Pedro Aznar, El Tri, Toxic Holocaust or Christina Rosenvinge, among many others, were present.

The Rock al Parque festival returns to Bogota in June 2022 and tickets are completely free. Are you willing to miss one of the best music festivals in Bogota?

Be You Fest is a music festival that has practically just been born, as it celebrated its first edition in 2018. This festival is held in the city of Bogota, Colombia.

In this festival you can enjoy a great musical diversity, as its lineup brings together artists, consecrated both nationally and internationally, most prominent in the genres of pop, urban, reggaeton, and many others.

To give you an idea, Sebastian Yatra, Morat, Ventino, Greeicy, Mike Bahia, Paty Cantu, Arguello, Karen Mendez, Felipe Ospina, Altafulla or Cato Anaya, are some of those who have been present in past editions of Be You Fest.

Have you heard of this music festival in Bogota before?

Soundhearts Festival is another of the best known music festivals in Bogota in Colombia. This option is very varied and complete, as you can enjoy the best music of all genres. In addition, this festival aims to raise awareness among its attendees of the importance of the environment.

This festival, just like Be You Fest, is quite young, as its first edition was held in the month of April 2018, which featured internationally known bands and groups such as Flying Lotus, Ghetto Kumbé or Radiohead, among many others.

Although it is a fairly new event and is still looking for its popularity among music lovers, from Topfestivals we assure you that it is one of the best options. Are you really going to miss it?

Festelar is another one of the best music festivals in Bogotá. This festival is also one of the youngest as it celebrated its first edition in 2017, and brought together both national and international artists and bands.

This festival bets on a lineup for all tastes, including genres such as pop, rock, rap, bachata, reggae or carranga, among others. The shows will take place at the Hipódromo de los Andes in Bogotá.

Plastilina Mosh, Aterciopelados, Vicente García, Lospetitfellas, Systema Solar, Pedrina y Rio, Los Rolling Ruanas, Mitú, Pernett, Providencia or Salsangroove, are some of the artists who were part of the edition held in 2018.

And for classical music lovers...

If you love classical music and have not found your place in any of the above festivals, from Topfestivales we have good news for you, and is that Bogota has a spectacular option. Here we tell you about it:

The International Festival of Classical Music of Bogota is held at the Teatro Mayor Julio Mario Santo Domingo, and has held its fifth edition last November 2021.

Each year it focuses on an era and the works of various artists. For example, in 2021 it has focused on Baroque music and specifically on the works of artists such as Johann Sebastian Bach, Georg Friedrich Händel and Antonio Vivaldi.

A festival that will bring together the best composers and performers of classical music and the capital's audiences.