Spanish bands and singers of the 80's

Today we take you back in time to commemorate the best Spanish bands and singers of the 80s. 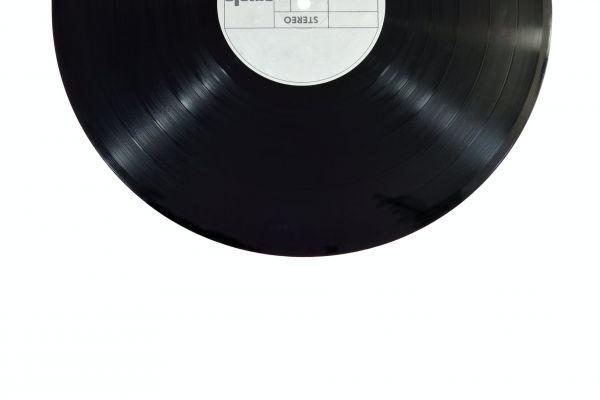 Today we take you back to a past decade to commemorate the best Spanish groups and singers of the 80s. We're not just focusing on one genre, but we're going to take a look at all of them. Stay tuned, you're about to find out who these outstanding artists are!

9 famous Spanish groups and singers from the 80s

The 80's was a very marked period for music and one of the most important in the history of Spain. From Topfestivales we think this deserves a recognition, don't you? Come on, today you will meet the best Spanish singers and groups of this decade.

Antonio Vega was a Spanish composer and singer born in Madrid who started in the world of music after forming with his cousin a group "Nacha Pop", also one of the most listened to in the 80s. In 1988 he split from the group and started his solo career.

His songs are defined by the genres of pop and rock, and the artist has been considered one of the most important composers of Spanish pop.

Hombres G is another of the best Spanish bands and singers of the 80s. A pop rock band that was founded in Madrid in 1982 by David Summers (vocalist) and guitarists Rafa Gutiérrez, Javier Molina and David Mezquita. They achieved great popularity in Spain with their first album "Hombres G", which later reached Latin America.


Songs like "El ataque de las chicas cocodrilo", "Devuélveme a mi chica", "Venezia", "Te Quiero" or "Lo noto", are some of the most known and listened songs of this group.

Maria Olvido, artistically known as Alaska, is a Mexican singer, producer, composer and actress, although she has developed practically all her musical career in Spain.

In 1979 she formed part of the group, as vocalist and composer, Alaska y los Pegamoides, a group with which she reached number one with the song Bailando. She is currently part of the group Fangoria, an electronic music group which she joined in 1989. He has also participated in numerous Spanish television programs.

Songs like "No sé qué me das", "Miro la vida pasar", "Ni contigo ni sin ti", "Dramas y comedias" and "Geometría Polisentimental "are some of the most famous and listened to songs of the group, even beyond our borders.

Julio Iglesias is a Spanishsinger, songwriter and producer born in Madrid, and one of the most successful Spanish artists of all time. In his songs we can see how his style of music is pop and romantic ballad.

This singer, in 2013 was recognized as the Latin artist who has sold more music in history, and one of the top ten record sellers reaching approximately 300 million sales.

He has won important awards such as the Grammy, Latin Grammy, World Music Award, Billboard Award or the American Music Award among others. She has also let us enjoy great songs like "Me Olvide de Vivir", "De Niña a Mujer", "Se Que Volveras", "Con la Misma Piedra" or "Hey", among many others.

Azúcar Moreno, was a Spanish music group formed by the Salazar sisters: Toñi and Encarna. They are also sisters of the group "Los Chunguitos". They rose to fame as a dynamic duo in the mid-1980s and enjoyed great popularity both in Spain and Latin America. In 2013 they announced their return to the stage and are currently continuing their artistic career.

Mecano was another of the essential Spanish groups and singers of the 80s. A Spanish pop music group, specifically from Madrid, which was formed by Ana Torroja, Nacho Cano and Jose Maria Cano. In addition, in their songs you can also appreciate genres such as techno pop and new wave.

The success of this group went beyond the Spanish borders and reached Latin America, including the United States and the Philippines.

Songs like"Mujer contra Mujer", "Hijo de la Luna", "Me Cuesta Tanto Olvidarte", "Una rosa es una rosa" or "Hoy no me puedo levantar", are some of the most listened songs of this Spanish pop group from the 80s.

Duncan Dhu is a rock and pop rock band born in 1984 in San Sebastian. Its members were Mikel Erentxun, Diego Vasallo and Juan Ramón Viles, but since 1989 only the first two, Mikel and Diego, have been members.

This group managed to win the popularity and the ears of the population of the 80's with songs like "En algún lugar", "Cien gaviotas", "A tientas", "Jardín de rosas" or "Una calle ce París" among others.

Seguridad Social is another of the most important Spanish bands and singers of the 80s. It is a rock band that was formed in 1982 in Valencia and was a reference group within the Movida of the 80s and Spanish rock in general. In their songs we can appreciate traits of the genres of pop and pop rock, reggae, ska and punk.

Its members are José Manuel Casañ, Javi Vela, Jorge Molina and Víctor Traves, who have managed to create musical masterpieces such as "Quiero tener tu presencia", "Chiquilla", "Acuarela", "Comerranas" or "Un Beso Y Una Flor", among many others.

Radio Futura was a Spanish rock group that was framed in the airs of the Movida madrileña and began his great successful career during the 80s.

Its main members were Santiago Auserón, Luis Auserón and Enrique Sierra and their songs, in addition to rock, can also highlight other genres such as pop rock and new wave.

It is very important to highlight the influence of this Radio Futura in Latin rock, and its role as one of the most important rock groups in Spanish music. Furthermore, in 2004 they were named the best Spanish group of the last 25 years by the listeners of Radio Nacional de España.

Songs like "Veneno en la Piel", "Escuela de Calor", "Enamorado de la moda juvenil", "A Cara o Cruz" or "Corazón de Tiza" are some of the most listened to songs on platforms like Spotify.

And with this, we finish our review of the most outstanding Spanish groups and singers of the 80's. Do you think we have forgotten any unforgivable ones? Leave us a comment ;)

add a comment of Spanish bands and singers of the 80's